Since we made all our fund-raising goals for the abortion fund, I have a lot of promises to keep! (Of course, you can still donate and help us wildly exceed our goals here.) And, as you all know, my food posts have attracted a surprising amount of haterade, though I've made my peace with it. (I remembered that a woman writing about anything considered traditionally feminine---fashion, wedding planning, motherhood, housekeeping, crafts---is going to face people insisting that she's a complete failure who should be ashamed of herself. I shouldn't expect an exception from this rule. Plus, some of the comments are typical of the way that vegetarians get harassed generally.) However, it's so strange that it gets so ugly that I promised, if we got up to $1,500, that I would introduce democracy into the situation. I'm going to put up a poll to settle this question once and for all. And I promise to adhere to whatever the results are without complaint.

Now that's done, and the fate of Food Saturdays hangs in the balance. Let's move on to this week's food---it may be the last! 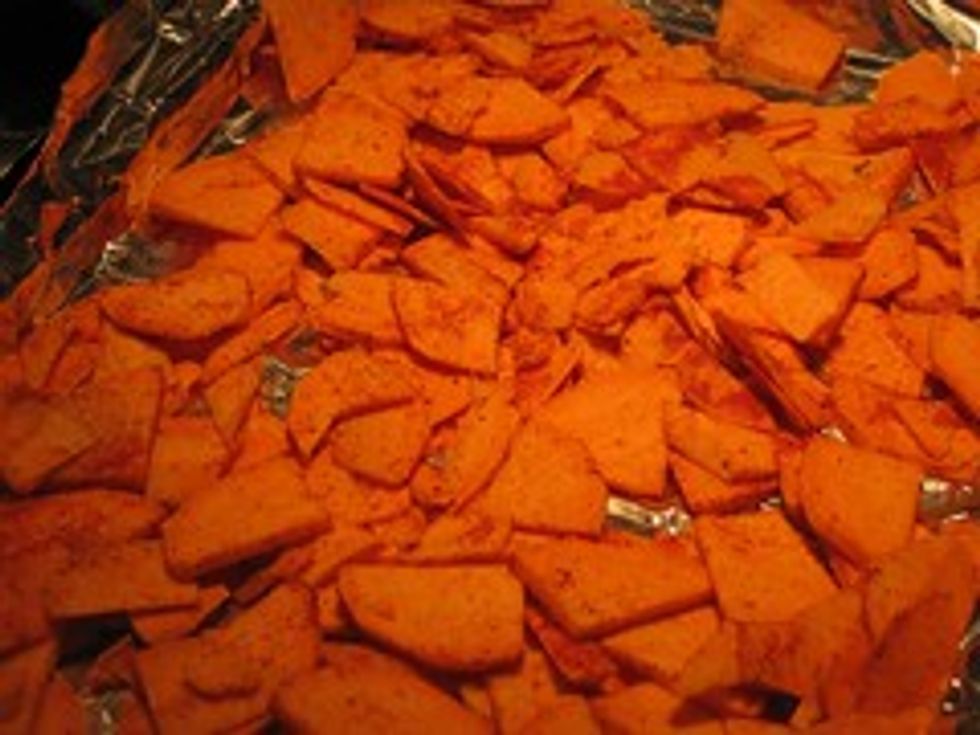 I had lots of cooked black beans on hand, and I bought some celeriac at the farmer’s market, so I thought it would be interesting to combine these two ingredients into a black bean soup. I did it the same as you would otherwise---lots of spicy stuff, onions, garlic, all with the immersion blender, but added the celeriac to give it a smokier feeling. Dolloped with yogurt and salsa verde. 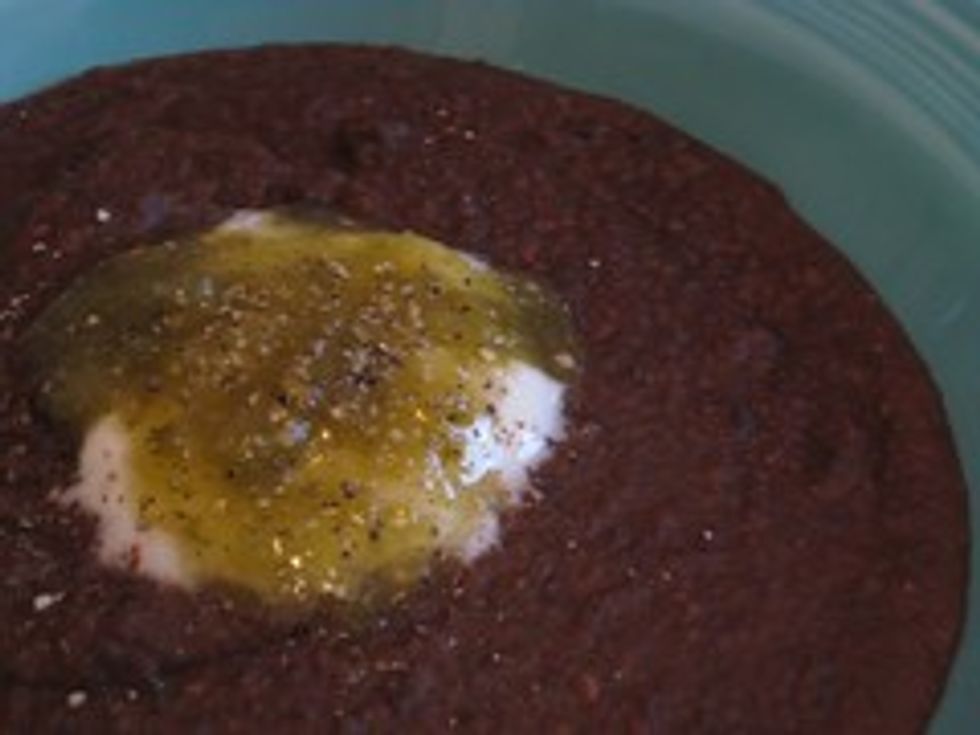 Marc and I recently ate at this sandwich shop, which had really good food, even though I continue to find it funny to find the small towns of West Texas to be romanticized to the point where people are naming restaurants after them. Anyway, Van Horn had a vegetarian/upscale play on the BLT called the PLT, which used chips made of sweet potatoes instead of bacon, and garlic aioli instead of mayo. It was insanely good, so I thought I’d try to make it at home. I made the chips by putting a sweet potato in my food processor on the mandolin function, and then baking them in the oven with salt, pepper, and smoked paprika (because the restaurant had smoked the potato, which I don’t have the capability of doing). Instead of aioli, I used rosemary garlic goat cheese from the farmer’s market, and I caved and bought half a loaf of white sourdough from the farmer’s market for the bread. And to make it clear I was being snooty, I used arugula for the lettuce, but the tomato was a boring old tomato. I think my reverse engineering was a success, but it was a sandwich and easy to do. 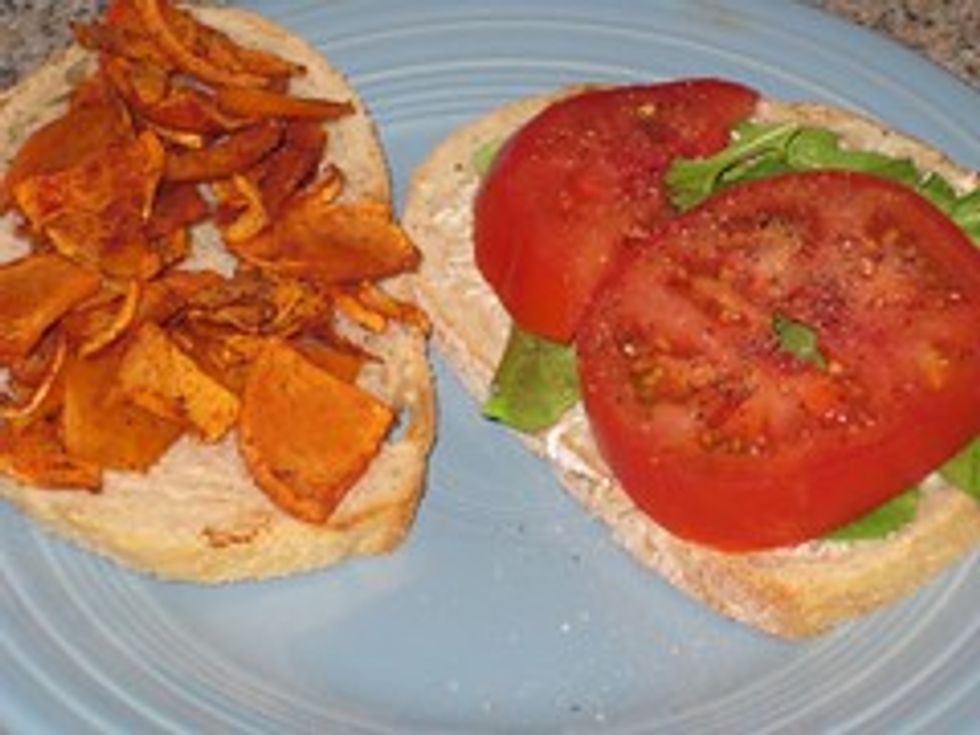 I would recommend this meal as a good way to convince someone that vegetarian food is way more fun than the same meat-and-potatoes.

This is basically working with the same ingredients as before---part of being a seasonal cook with only two eaters in the house means having to use the same kinds of things over and over, but luckily, Marc and I are both huge fans of black beans and sweet potatoes. It’s a Texas thing.

This one was simple. I wrapped the sweet potatoes up in foil, and baked them. While I was doing that, I washed and prepped the asparagus for roasting. Put it when the clock had run down to 20 minutes. Then I cut up some green onions and browned them slightly with garlic, added two cups cooked beans, tomato paste, salt, pepper, cumin, and chili powder. Dashed some veggie broth on it to liquefy the tomato paste, and got it warm.

Served that mix over the baked sweet potatoes, and had asparagus on the side. I didn’t take pictures, because my camera battery had run out. But it’s a good second way to work with these ingredients.

I had about a cup of beans left over, so I made some black bean sauce with some down time in the kitchen. That just is used over the kind of food I eat for breakfast and lunch---cooked grains and veggies, veggie burgers, omelet. Simple stuff.