A reader asked me on Formspring if I would take submissions for Food Saturdays.  Usually, I say no to people asking if they can submit something (though once in a blue moon I'll ask someone to write something), because going through submissions and telling people no is above my pay grade here.  But it seems like a harmless enough thing with these posts.  I'd just ask that anyone submitting follow the format, including sending pictures and a casual walk-through of how they made it, with an emphasis on vegetarianism and as much local food as  you can pull in. 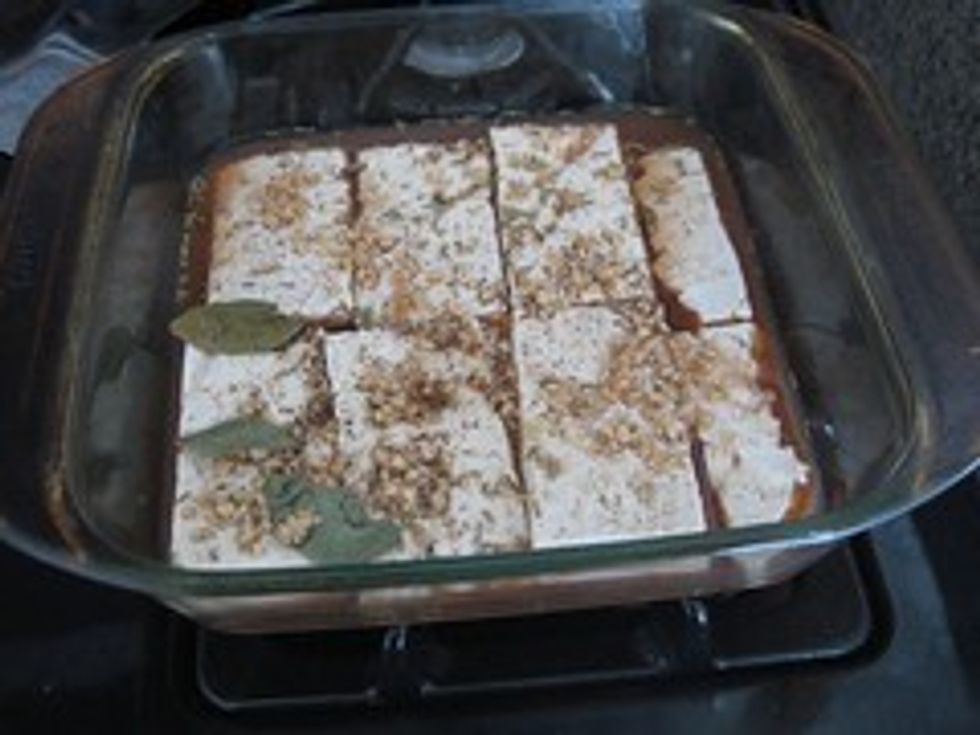 Sundays are a good day to cook with tofu, because you can start pressing it really early, as I did at 2PM.  I pressed it for a couple hours, which gets it nice and dry, and then marinated it in vinegar, lemon juice, salt, pepper, garlic, thyme and bay leaves.  I let that sit for an hour and then baked it for 45 minutes at 375.

I cut up a bag of red creamer potatoes that were on sale, put them in my Dutch oven, and poured a mix of veggie broth, lemon, garlic, oregano, salt, pepper, and mustard over them.  Put the lid on and roasted it alongside the tofu.

Served the tofu on sandwiches, and the potatoes on the side with mustard. 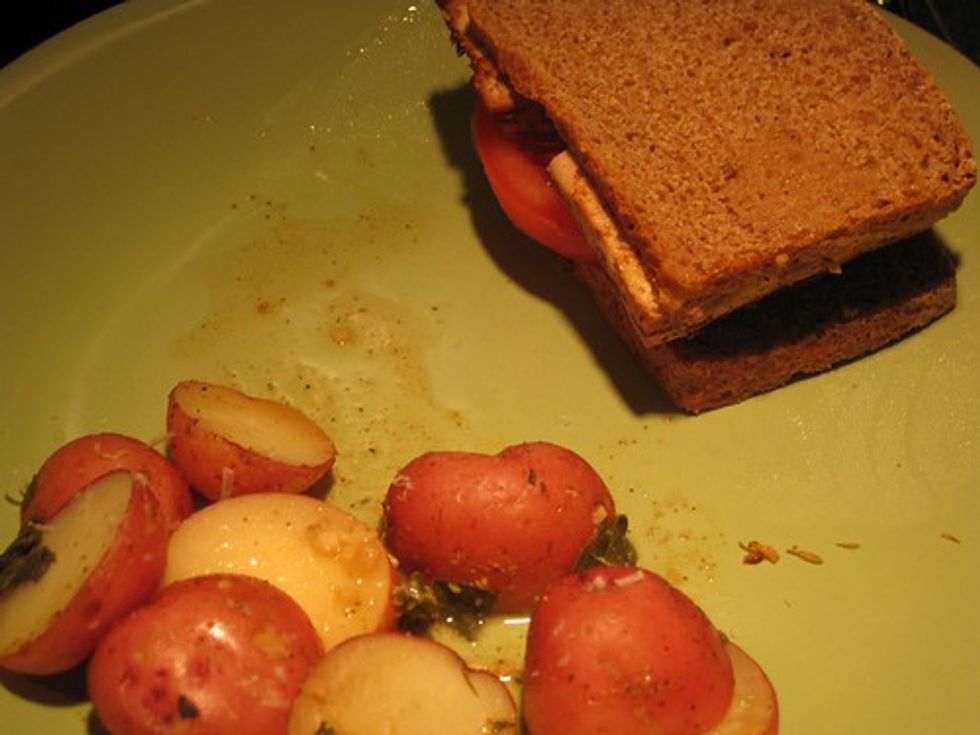 I used a recipe that called for chickpeas, wheatberries, and lentils with fresh tarragon from my herb garden that’s really thriving on my balcony.  I cooked the ingredients separately, browned some onions and garlic, poured the lentils, wheatberries, and chickpeas together, warmed it up, and added salt, pepper, tarragon and parsley from the garden. 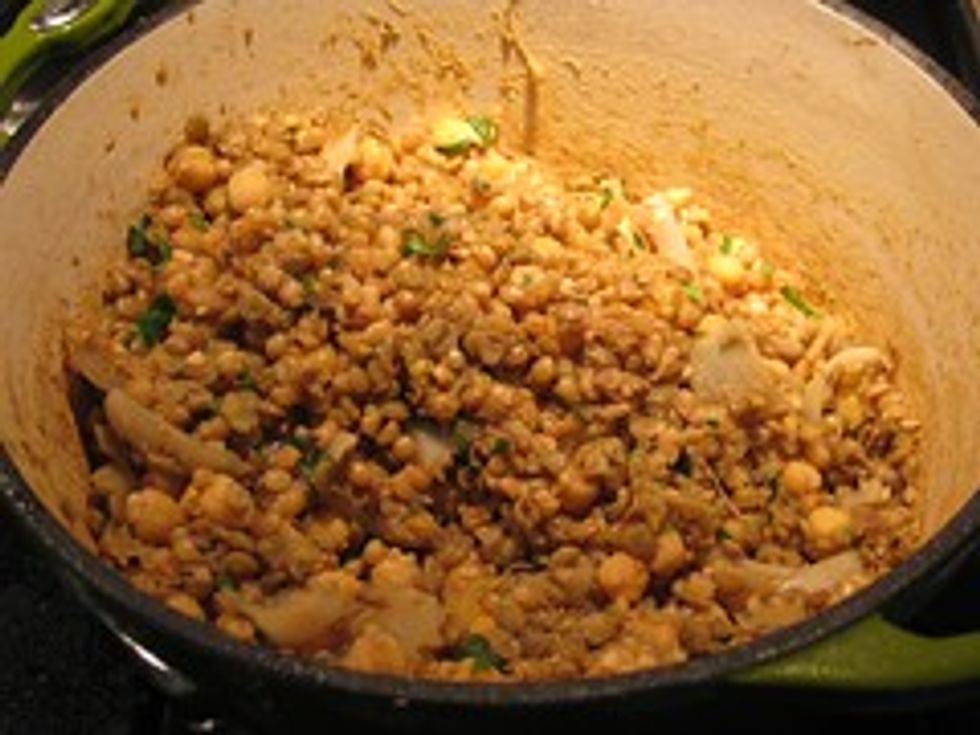 Roasted some zucchini with garlic salt and dried herbs.  I still had some roasted potatoes left over, so I nuked those and we ate them as well.

Vegan, except that I hit everything with Parmesean. 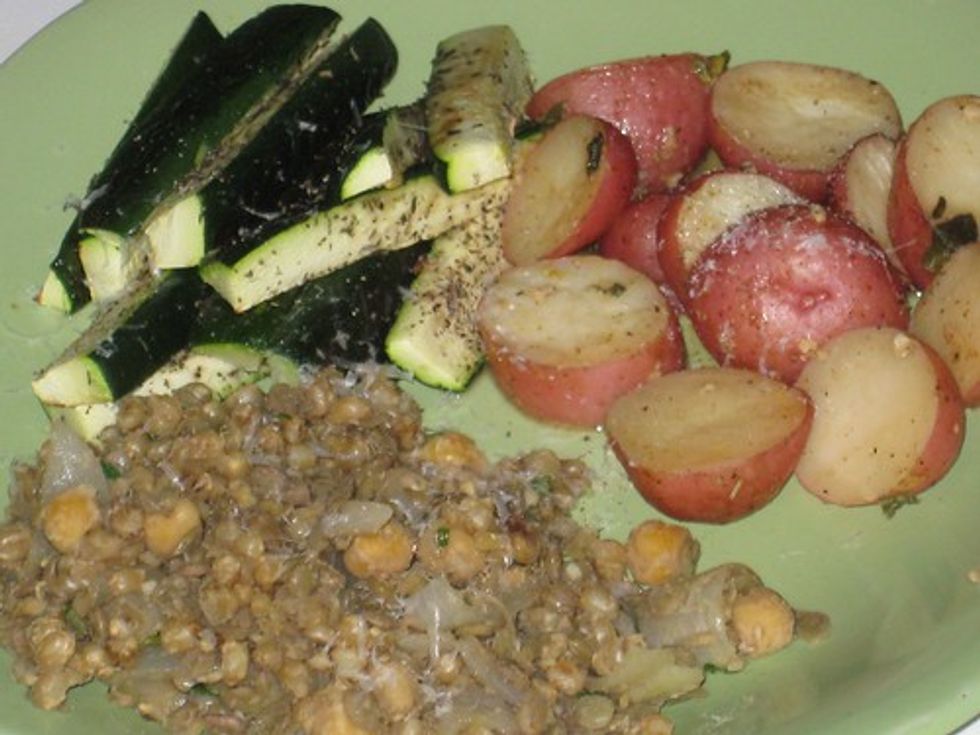