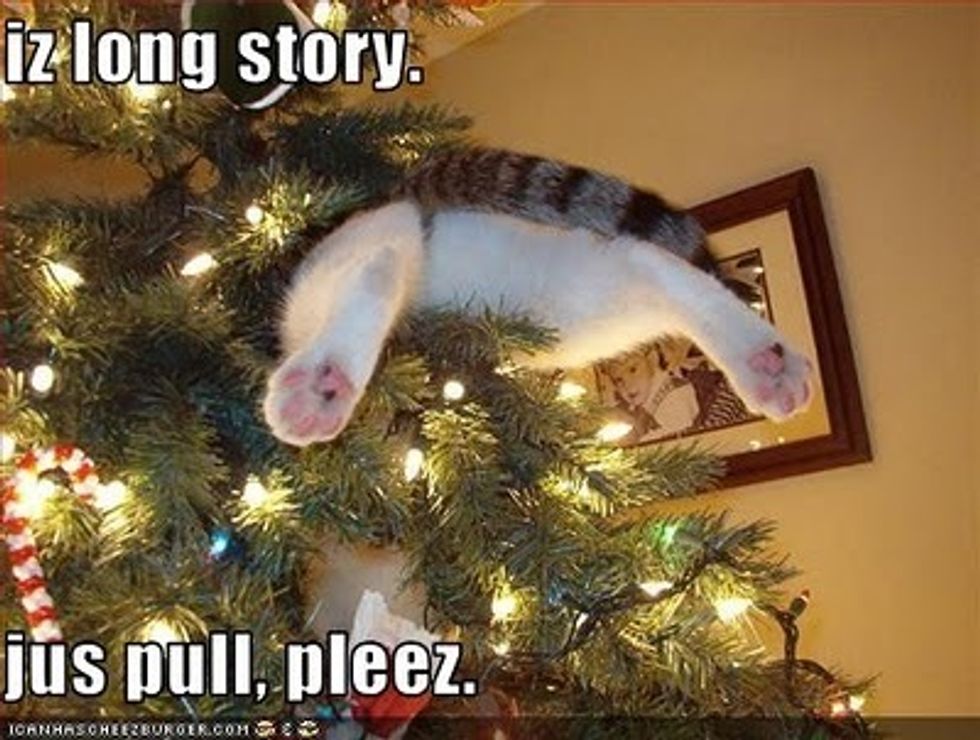 I'll be spending my holiday doing my taxes, because my idea of "day off" is "day off of doing my job to get shit done that I wouldn't otherwise." Also, eating enchiladas and watching "Kill Bill". All of which means, no blogging. (Though I can't seem to pry my ass of Twitter.)

I put this picture up, because I can't stand the thought of the Christmas weekend being tarnished because every time you pulled up Pandagon, you had to look at Ron Paul flashing his creepy zealot face. Instead you can look at this cat butt. Cats get delusional ideas all the time, but what's nice is that their ambitions are small. Instead of trying to destroy the Fed, they climb trees they can't get out of. Or, instead of having an irrational fear of black people, they have an irrational fear of vacuum cleaners. Given the choice to vote for Paul or for cats, you should take cats every time. Cats will increase agriculture subsidies for catnip, but outside of that, they can be distracted from their worst impulses with a feather at the end of a stick.