Why atheists should defend All-American Muslim 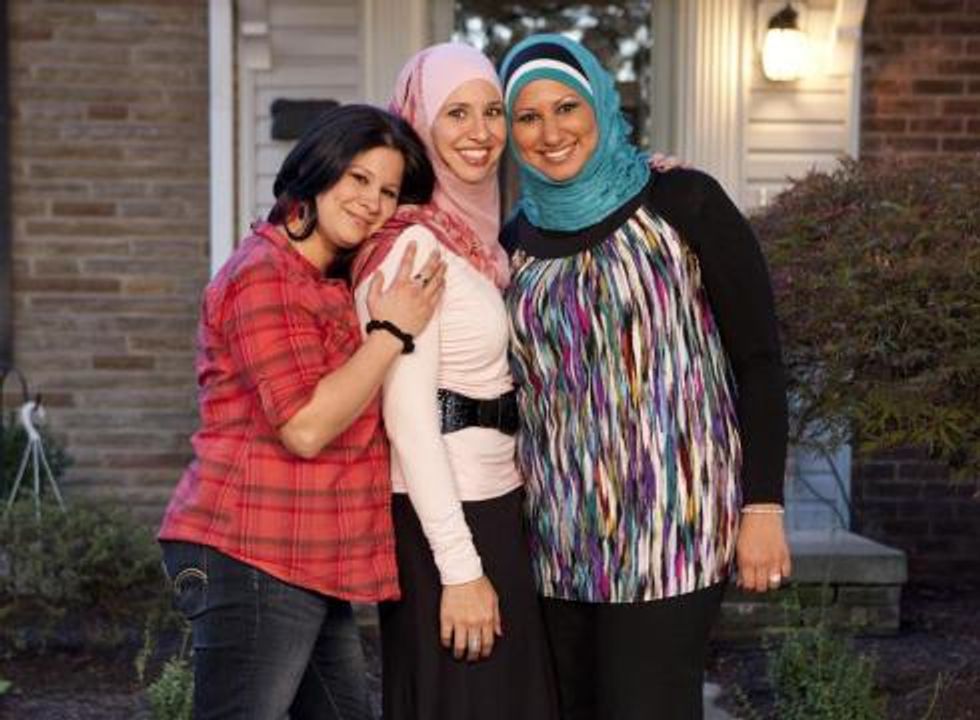 I'm a little disappointed that none of the atheist blogs I read have addressed the controversy over Lowe's pulling their advertising from the show All-American Muslim, after being deluged with mail from a bunch of hateful Christian bigots. Now, there's nothing I hate more than people trying to score points by claiming that since you didn't blog about X, you must not care about X. I'm not doing that by any means; I'm sure a lot of atheist bloggers saw the story and took a pass because they didn't really think it falls in their wheelhouse. I get that. A lot of atheists probably think, "Well, we don't believe in Islam, so it seems a little strange to defend people who do," even if you do think that Lowe's did a really stupid, vile thing. But I would argue that this occasion is a perfect opportunity for atheists to speak out on behalf of the program and against the bigots who are trying to get it off the air. So I put a quick list of three ways that speaking out on this issue is not only the right thing to do, but to the benefit of atheist activists.

1) Hated religious minorities should stick together. Muslims are, after all, the group competing with atheists for the title of Most Hated and Misunderstood Religious Minority. So we have that in common with them. But, more importantly, secularism is something that benefits way more than people who don't believe in a god or gods. The rights to individual conscience and to not have the government favoring Christianity above other beliefs help Muslims out just as much as atheists, and by defending All-American Muslim, we can send the signal that we're open to working for a secular government for the good of all. Religious freedom should be our number one priority, because without it, we're shit out of luck actually getting people to listen to our arguments about why god claims are illogical and should be abandoned.

2) To show that there's a difference between ideas and people. Atheists are often being accused of oppressing Christians when we try to boot religion out of politics or criticize religious ideas.We deny this, repeatedly, by pointing out that there's a difference between ideas and people, and saying, "You are wrong about religion" is not the same thing as saying, "You're a bad person". By vigorously defending Muslims as people, and pointing out that most Muslims are ordinary people just like most Christians, Jews, and atheists, we send a signal that we really do get the difference between criticizing a belief and harboring bigotry against a person.

3) Increased understanding of different religions is good for atheism. I suspect there's two reasons that Christian groups oppose All-American Muslim. One is that they hate Muslims, and fear that their followers might feel their bigotry lessen in face of evidence that Muslims are mostly ordinary and downright boring folks like the rest of us. But the other is that they fear their followers discovering that perfectly nice, normal people believe in Islam in the same way that Christians believe in Christianity. That realization---that different religions make claims that directly contradict each other, so they can't all be true---is the first step on the path to atheism. The next realization is that what someone believes, religion-wise, is rarely due to having weighed various beliefs against each other and choosing the correct one, but basically is a matter of what religion your parents believed in when you were born. Since your average Muslim and average Christian believe what they believe for exactly the same reasons---i.e., that's what they were always told---some Christians exposed to this idea will start to think about their own beliefs and why they hold them. Which, in turn, will cause some to de-convert. Granted, that path isn't the common one, because  most people have defenses and rationalizations that keep them from really thinking this through, but it will be true for some. I firmly believe that a major reason non-belief is on the rise in the U.S. is because of our increasing religious diversity. The more you're exposed to competing faith-based claims about the world, the more likely you are to decide that none of them actually has the answers. So, weird as it is to say this, I think that one of the best ways to grow the atheist movement is to educate  more Americans about what non-Christian religions actually believe.

Plus, like I said at XX Factor, all of us benefit if non-exploitative reality TV aimed at actually educating people gets produced, instead of the crap that fills the airwaves now.