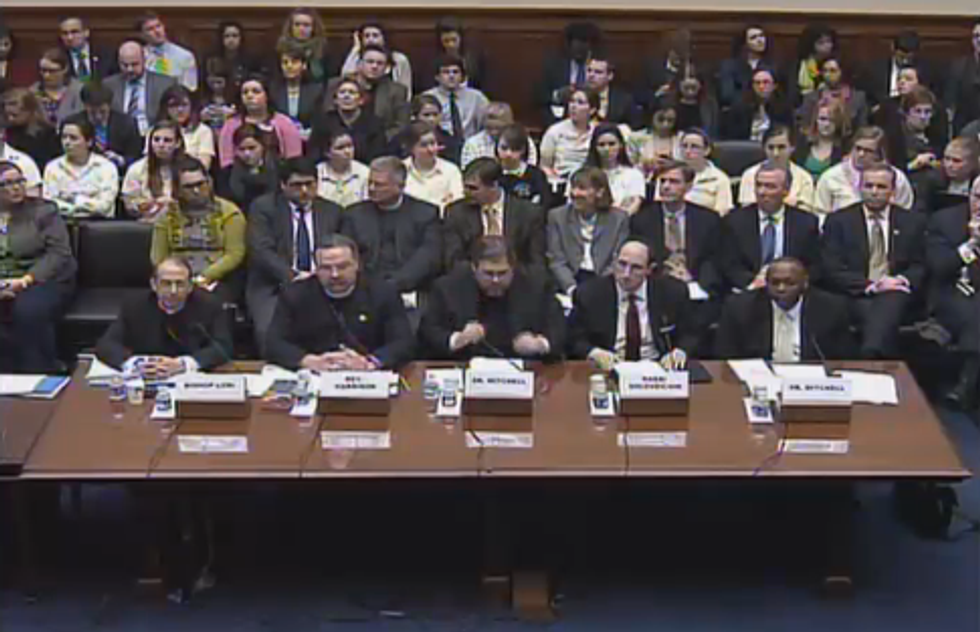 Oh, congressional Republicans. There were two ways you could have reacted when Obama gave you what you said you wanted, which was to allow Catholic hospitals and universities not to cover contraception directly for their employees. You could have accepted the compromise gracefully and let it go, or double down and demand that any employer any time be able to cut employees off from health insurance benefits they've already earned, and in doing so, continue the national conversation about contraception that puts you into Camp Anti-Pill. You chose the latter, because your blinding misogyny made you unable to see that this might not be for the best. Thus, the Blunt amendment. Let's take a tally of how that worked out for you.

1) It kept contraception on the radar, which gave the mainstream media plenty of time and opportunity to make it clear that Rick Santorum is an anti-contraception nut who, if elected, would almost surely do everything in his power to keep women from getting access to contraception.

2) It forced Mitt Romney to set the land record in flip-flopping, first defending a woman's right to use contraception and then back-tracking and saying, no, actually, you think her employer should get a vote when it comes to how she conducts her private sex and reproductive life.

3) It revealed to the world that your party thinks it's appropriate to exclude female voices from a discussion about women's health care.

4) It set your most popular spokesman, Rush Limbaugh, on a multi-week rant about how 99% of American women are "sluts" and "prostitutes".

6) It made those in the media who apologize for your anti-choice views realize that actually, this really was about sex all along and  had nothing to do with fetuses.

7) It made you the butt of jokes from "Saturday Night Live", "Funny or Die", Jon Stewart, and Stephen Colbert.

8) And then the amendment that all this effort was put behind died with a whimper on the Senate floor.

Excellent performance, GOP! I think, if you can keep up doing good work like this, sweeping victories in November are sure to be yours.