A mysterious giant eyeball found on a Florida beach last week had scientists scratching their heads.

Now researchers believe that the softball-sized eye most likely came from a swordfish.

The large fish is common in south Florida so the guess would make sense. A fisherman probably caught the fish at sea, cut the eyeball out while dressing it, and threw the body part into the ocean.

“Experts on site and remotely have viewed and analyzed the eye, and based on its color, size and structure, along with the presence of bone around it, we believe the eye came from a swordfish,” Joan Herrera, curator of collections at the FWC’s Fish and Wildlife Research Institute in St. Petersburg said in a statement Monday. “Based on straight-line cuts visible around the eye, we believe it was removed by a fisherman and discarded.”

DNA testing will be done to confirm this theory.

The big blue eye, which appears to be about the size of a grapefruit, is shown below: 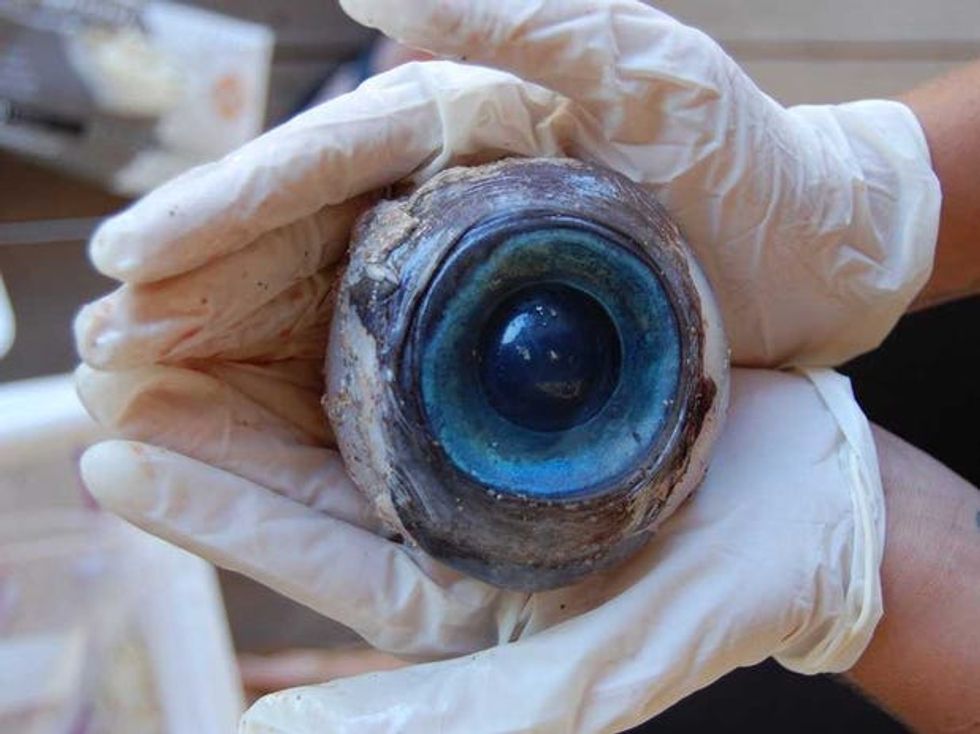