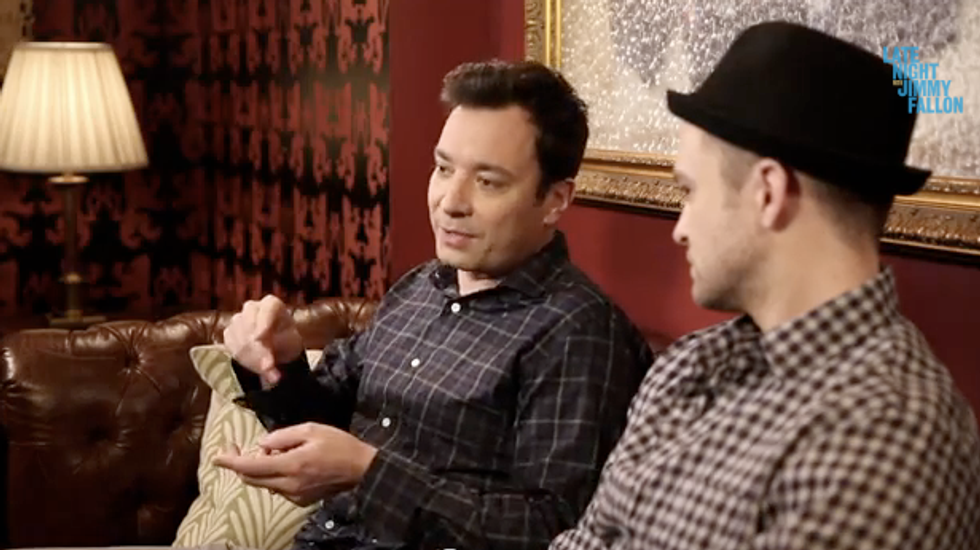 Jimmy Fallon and Justin Timberlake highlighted just how annoying the overuse of hashtags can sound by engaging in an everyday conversation interrupted by the ubiquitous social media convention.

The pair discussed cookies, television, a trip to the dentist and Halloween costumes during "Late Night with Jimmy Fallon," pausing repeatedly to “tag” their comments with finger gestures that mimic the pound symbol and shouting out related words or phrases.

Fallon goes on a stream-of-conscious rant after mentioning that he’d watched the children’s show “Barney and Friends,” listing anything he could think of related to dinosaurs or the color purple.

As they’re discussing what they plan to dress up as for Halloween, Fallon’s bandleader, ?uestlove, barges into Timberlake’s dressing room and tells them to, “hashtag, shut the f*ck up.”