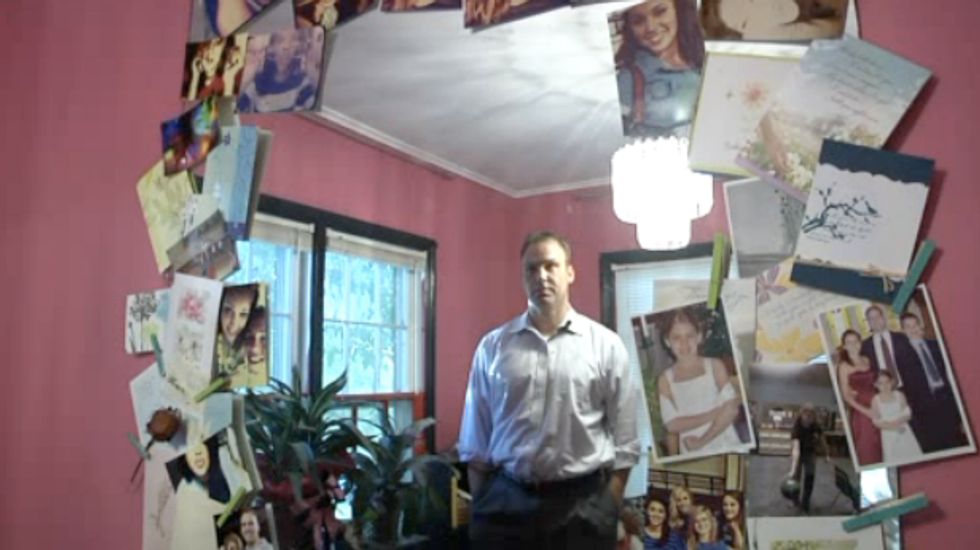 A Missouri man insists he did nothing to deserve being pepper-sprayed and arrested the night his teenage daughter shot herself.

Kevin Russell, of Joplin, said he won’t accept an offer to plead guilty to assault because he doesn’t want to admit he did anything wrong when he screamed at emergency crews tending to his 16-year-old daughter, Brooke.

Russell and his son, 19-year-old Brant, found the girl unconscious from a single gunshot wound to the head in a park near their home, and they loaded her into their car and met an ambulance at the police department.

So when an emergency medical technician turned away from Brooke to ask him what had happened, instead of seeing the girl fall from the gurney, Russell said he became agitated.

His son had been doused with a shot of pepper spray, Russell said, and he was sprayed, too, before both of them were taken to jail on misdemeanor charges for assault, disturbing the peace and obstruction of official business.

Russell said one of the arresting officers put a knee in his back and threatened to use his Taser stun gun if he didn’t get up.

Russell and his son were handcuffed to a bench inside the police station for 3 ½ hours, and when they were released, they found out Brooke had died.

Joplin’s police chief declined to comment until the case had been resolved, but he told the TV station that the officers’ conduct is “directly contradictory” to the department’s values and ethics.

Although the incident was immediately reviewed, the station reported the officer had not been reprimanded or corrected.

Russell said he realizes nothing will bring his daughter back, but he refuses to accept the plea deal he’s been offered in exchange for attending anger management classes.

"I would just like the charges to go away,” he said. “I want the reports reported correctly. I know they're not going to do that, but I hate that there's something in formal writing that says things that we did that we didn't do on the worst night of our life.”

[Image via screen capture from KSPR-TV]