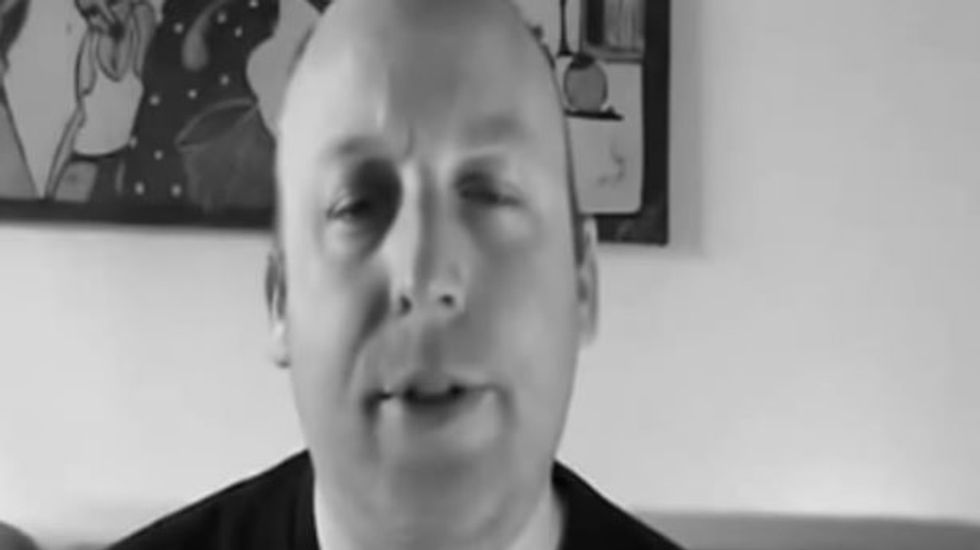 This weekend, R. Tod Kelly wrote a damning profile of the new online leader of the Men's Rights Movement (MRM), John Hembling, currently the editor in chief of A Voice for Men (AV4M).

Hembling is a combative, controversial figure, who frequently makes untenable arguments, as when he claims women are incapable of moral agency:

Moral agency is a person’s ability to make moral judgments and take action [sic] that comport with morality. A moral agent is “a [sic] individual who is capable of acting with reference to right and wrong. [sic] ... With a small number of exceptions, western women have collectively demonstrated themselves to be unequipped with a grasp of personal accountability, ethics, compassion, or empathy.

Over the summer, Hembling and those affiliated with the MRM aped a Canadian rape-awareness campaign called "Don't Be That Guy." One of the posters showed a photograph of a woman passed out on a couch with the words "Just because she isn’t saying 'no' doesn't mean she’s saying 'yes'."

Hembling's AV4M responded to that poster with one of their own, featuring a woman on a bed and the words "Just because you regret a one-night stand doesn't mean it wasn't consensual," followed by the injunction "Don't Be That Girl."

AV4M's counter-campaign brought it the attention it craved, as it was widely condemned for calling attention to a "problem" that doesn't actually exist.

As Lise Gotell, chair of the University of Alberta's Women's and Gender Studies department told the Edmonton Journal, "[w]hat these posters are going to do, when people see them, is play into this myth that there’s a huge problem with false allegations, which we know empirically is wrong. They may in fact discourage people from reporting, because the research also shows that women are very likely to minimize their experiences of sexual assault."

Though Kelly notes that some of the issues the MRM pursues -- such as defending against the popular perception that underage male statutory rape victims are "lucky" -- are legitimate, the majority of their beliefs are contradicted by fact, such as the claim of an epidemic of false rape accusations.

The evidence for false rape accusations on the AV4M-sponsored site "Register-her.com" consists of a list of approximately 80 women from the United States and Canada who have been found to have falsely accused since 2011, a rate of about 26 per year. For comparison, an average of 54 people per year have been struck and killed by lightning in America over the past 30 years.

Watch the video in which Hembling claims not to "give a f**k about rape victims anymore" below.