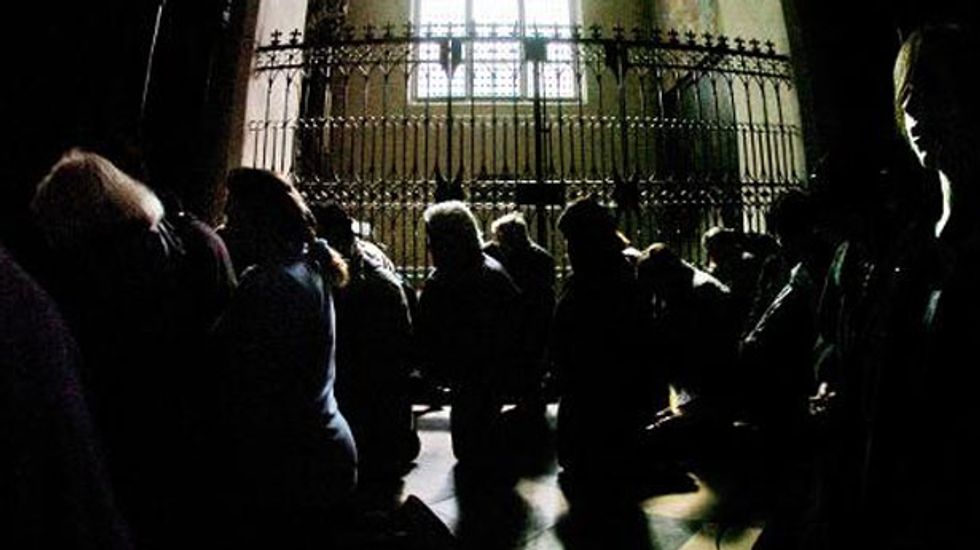 Poland's powerful Roman Catholic Church on Thursday rejected a first-ever request for damages by a victim of a convicted paedophile priest, opening the door to legal action, judicial officials said.

A Catholic priest was last year sentenced to two years behind bars in the case, but his diocese refused to be held financially liable.

"The parties did not arrive at an agreement. The door is now open for a civil lawsuit," Slawomir Przykucki, a court spokesman in Koszalin, northern Poland, told AFP after the mediation hearing at the court failed.

"The Church does not feel it bears responsibility in this case. Priests operate independently in their parishes. The parish, diocese and the Church as a whole are not legally liable," Krzysztof Wyrwa, a lawyer representing Church authorities in Koszalin told Poland's public TVP Info news channel.

But human rights lawyers disagreed with the reasoning.

"It's not possible for the Church hierarchy, whose parishes and diocese are legal entities, to escape responsibility for the behaviour of a person who is part of this hierarchy," said Artur Pietryka, a lawyer with the Helsinki Foundation for Human Rights.

The case comes amid mounting allegations of paedophilia involving priests in Poland, one of Europe's most devoutly Catholic countries.

In an unprecedented move, Polish Church leaders apologised last week over alleged paedophile priests, as prosecutors on both sides of the Atlantic began probes against two high-profile suspects.

Justice authorities are looking for Archbishop Jozef Wesolowski, a 65-year-old Pole who served as a papal envoy in the Dominican Republic's Santo Domingo for around five years during which he is alleged to have had sex with teenage boys.

Authorities on the Caribbean island nation are also seeking Wojciech Gil, a 36-year-old priest suspected of raping several young boys while serving there.

Despite the apology, Church leaders in Poland said they would not be offering victims any material compensation.

NBC Washington reported Sunday that it has been a massive undertaking in wake of the Jan. 6 insurrection that sent law enforcement to looking for hundreds of President Donald Trump's supporters who broke into the Capitol searching for Democrats.