Final sketch drawn by JFK goes up for auction 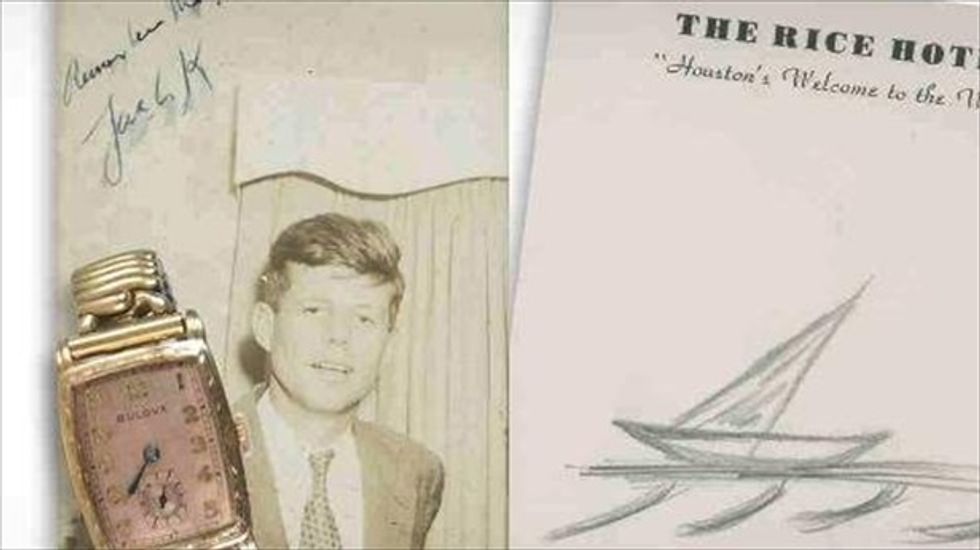 A sketch of a boat, done by president John F. Kennedy the day before he was assassinated, is among some 200 JFK items on sale Thursday in an online auction.

The pencil drawing, doodled on stationary from Houston's Rice Hotel, will fetch an estimated $30,000 to $40,000, said the RR Auction house, based in New Hampshire.

It is accompanied by a typed note on White House letterhead, signed by Evelyn Lincoln, Kennedy's personal secretary.

Lincoln explained that the president had spent three and a half hours at the Rice Hotel on November 21, 1963. He then went to dinner before spending the night at the Texas Hotel in Fort Worth, near Dallas.

He was shot and killed in his motorcade the next day in Dallas.

The shape of the boat in the drawing is reminiscent of the president's sailboat, the Victura, according to RR Auction, which said Kennedy "was known to cover entire sheets of paper with stacked boxes, repeated words, and small drawings -- most frequently of sailboats."

Some 228 items linked to the former president will be sold in the auction, held 50 years after the assassination,

Less expensive items include ties worn by the president, photos, notes, and small pieces of furniture.