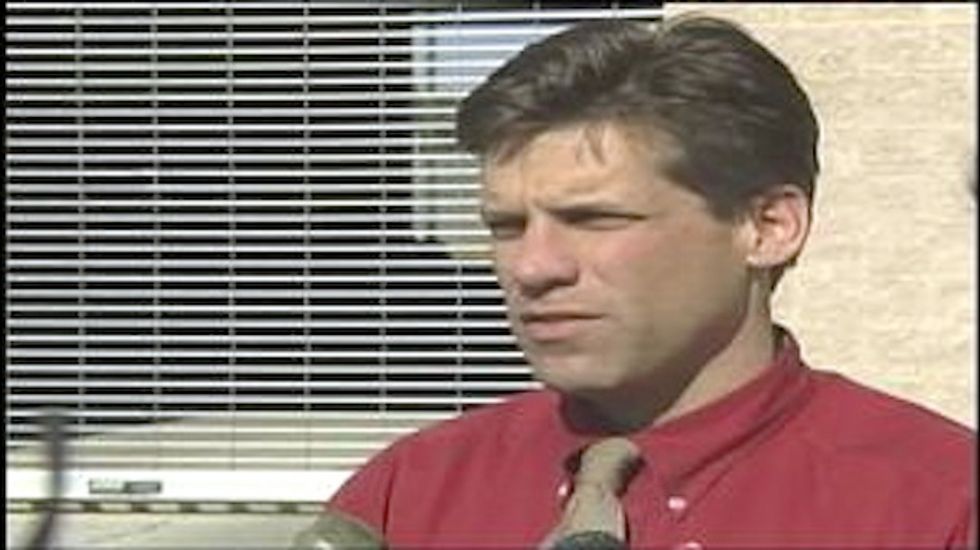 A Florida sheriff’s deputy was fired for making inappropriate and suggestive comments to a teenage girl while investigating a sexual assault case.

Paul Martin, a 25-year veteran of the Pinellas County sheriff’s office, was fired Monday for violating department guidelines with his comments to the teen and for improperly filing his report in the case.

An internal investigation found that Martin had asked the 17-year-old inappropriate and irrelevant questions as he interviewed her in July as part of an investigation into a sexual battery claim.

The teen said Martin’s interview was “awkward, weird, random, blunt, rude, harsh and uncomfortable,” and “it kind of made (her) lose respect for him.”

According to investigators, Martin told the girl he enjoyed going to strip clubs, and asked if she was sexually attracted to other girls.

He also used profane terms to describe body parts and sexual acts while talking to the girl and admitted to telling the girl his ex-wife exchanged sex for money, investigators said.

The report also shows that Martin made an attempt to lift the teen’s shirt to see scars from where she’d intentionally cut herself below her bra line, although investigators said the scars were irrelevant to the sexual assault case.

Martin told investigators he was “indifferent to the victim’s feelings” and intentionally tried to make her feel uncomfortable to ensure she was telling the truth.

“Telling a 17-year-old girl who is making a sexual battery complaint that you 'own her' and that you 'control her destiny,' is contrary to all interview boundaries and effective police practices and this conduct violates agency policy,” the report says.

Martin, who had two previous disciplinary actions since February 2011, may appeal his termination before the Civil Services Board.

He was previously disciplined for handcuffing his ex-wife and physically assaulting her after spotting her car at another man’s home.

Martin was also accused of helping a woman obtain illegal drugs, tipping her off to drug investigations and having sex with her while on duty.