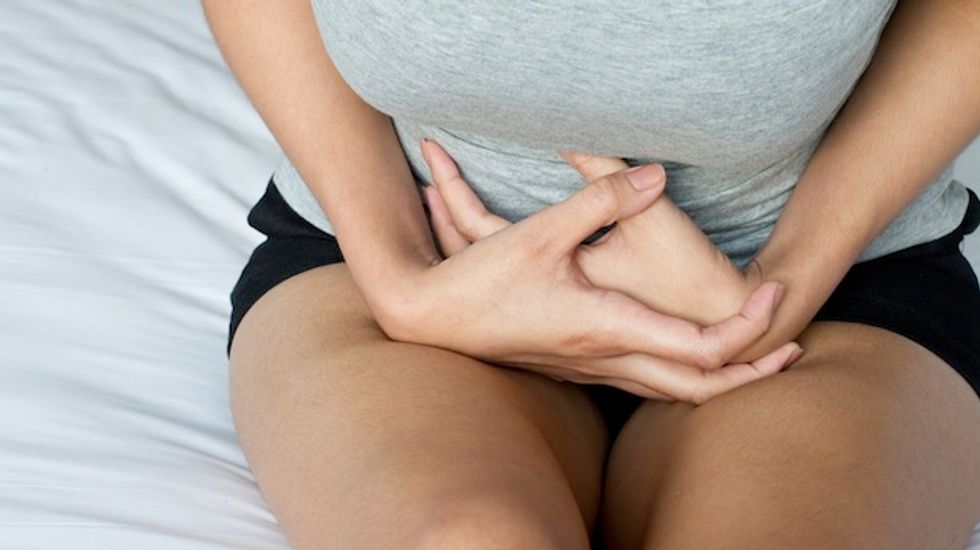 A northeast Ohio woman says her gynecologist sprayed her genitals with a chemical that’s used to unclog drains.

The woman told WKYC that she was undergoing a routine colposcopy exam at Paragon Health in Akron when Dr. John Black used a spray bottle to squirt liquid into her vaginal canal.

It’s not unusual for doctor’s to use diluted vinegar when examining a woman’s private parts, and that’s what the bottle was marked as, but a lawsuit filed by the woman claims Black sprayed potassium hydroxide on her cervix and surrounding areas.

The woman, who asked to be identified by only her first name, Laura, said she immediately felt a painful burning sensation.

"It was like an open cut with rubbing alcohol being poured into it," Laura said.

According to the suit, Black immediately suspected something was wrong and placed a tiny amount of the liquid into a cup and tasted it on the tip of his tongue.

Black then irrigated the burn area with three bottles of saline solution and applied a cream to numb the pain using his bare hands, the suit claims.

"I hope you're not offended,” Laura says the doctor told her. “I just want to let you know I've been married forever, and I don't have any diseases."

The doctor declined comment to WKYC, but Black’s response to the lawsuit indicates that he believed the liquid was vinegar but denies all other allegations in the suit.

Laura’s husband, Paul, has demonstrated outside Paragon’s offices with signs claiming the practice had permanently injured his wife.

"It soaks in and continues to soak in and burns from the inside out,” Paul said. “It's not meant to go inside anyone's body.”

A Cleveland State chemistry professor demonstrated just how caustic potassium hydroxide is by placing a partial hot dog into a container with the chemical, and the meat began falling apart within minutes.

"It literally breaks up the skin,” said Professor David Ball. “It decomposes the skin.”

Laura said a doctor called her a couple hours after she left Paragon and instructed her to go immediately to Akron General Hospital's emergency room.

According to hospital records, a plastic bottle cap was found behind her cervix, and the couple says Paragon gave inaccurate information about the pH level of the liquid sprayed inside Laura’s body.

The doctor’s office claimed it was a harmless 7.5 level but was in fact 12 or higher, which Ball said would be damaging to the body.

Laura said her injuries have prevented her from having sex with her husband or swimming with her children and has caused ongoing, irregular bleeding.

"This a scenario that no woman would ever, ever imagine," she said.