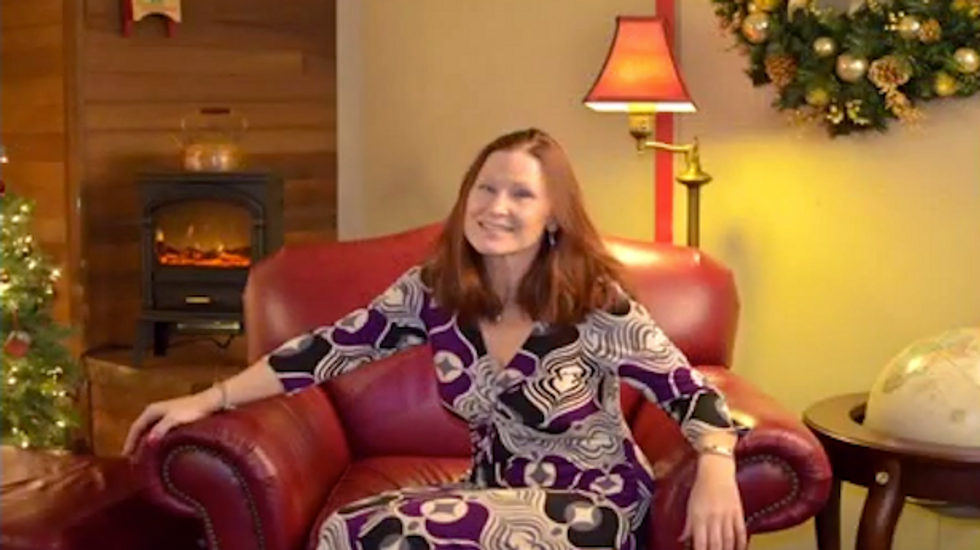 A woman claiming to be a former classmate says she recalls President Barack Obama as a cross-dressing teenager who engaged in gay sex with older men in exchange for cocaine.

The woman, Mia Marie Pope, told Pastor James David Manning that the future president “always presented himself as a foreign student” during the late 1970s in Hawaii, and she’s called the FBI in recent years to report that the president is using phony Social Security numbers.

Pope says she wondered whether Obama had “changed his ways” after he emerged as a national political figure, but she told Manning, who has called Obama’s mother “white trash” and compared the president to Satan, the adult Obama was little different than the teenager she’d known.

She says the teenage Obama was an egotist and “pathological liar” whose falsehoods were always intended to “boost himself,” and she also says he was insufficiently grateful when others gave him cigarettes.

“He seemed to be incapable or genuine about anything,” Pope said.

Pope said she knew Obama was deeply involved in Waikiki beach’s “thriving” gay community as a teen, even though the future president was a few years older and had a different circle of friends.

"We knew Barry as, just common knowledge, that girls were never anything that he was ever interested in,” Pope said, denying that she had been romantically interested in a young Obama.

Pope also said she knew Obama used cocaine, which would have been “newsworthy” to her peer group at the time, and she believes the future president engaged in sexual activity in exchange for the drug.

"In other words, he was having sex with these older white guys, and that's how he was getting his cocaine to be able to freebase," Pope said.

She also suggested that Obama used his connections to these older men or possibly a government agency such as the CIA to gain entry to the prestigious Punahou School.

“It was certainly not a natural thing,” Pope said.

Pope told Manning, pastor of ATLAH World Missionary Church, that she’d come forward with her claims as a Christian who’s concerned about the United States.

Listen to the entire interview posted online by ReformedMediadotNet: