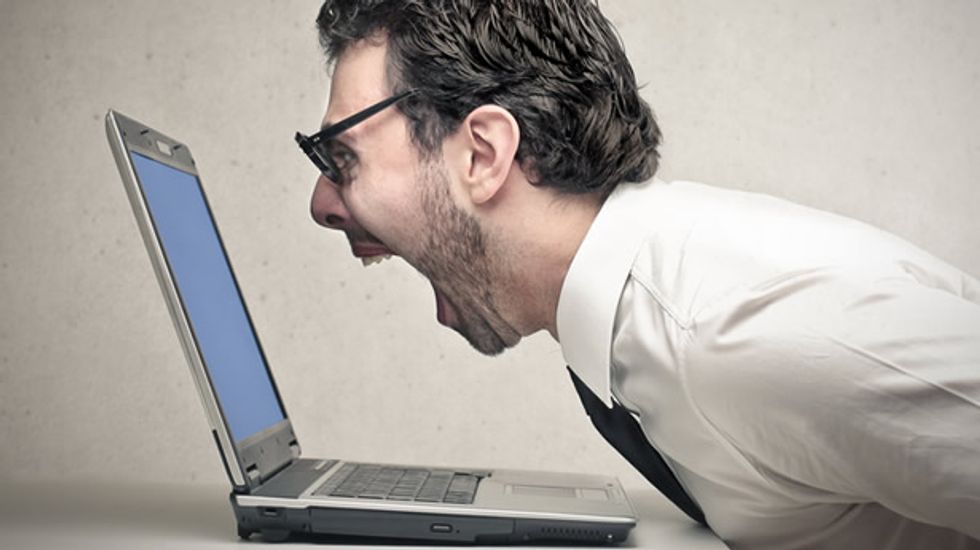 "Stock Photo: Young Businessman Yells Because He Made A Mistake On The Computer" on Shutterstock: http://tinyurl.com/jvv6oj2

The American Psychiatric Association issued a correction Thursday to its newly published Diagnostic and Statistical Manual of Mental Disorders.

The fifth edition of the DSM listed “pedophilia” as “pedophilic disorder” to maintain consistency with the chapter’s other disorder listings, according to the correction.

The medical association said sexual orientation is not used in the diagnostic criteria for pedophilic disorder, or the long-term sexual interest of adults to children younger than 13 years old.

The APA considers pedophilic disorder to be a paraphilia, a sexual interest dependent on fantasies about atypical or extreme sexual behavior.

The diagnostic criteria for the disorder remain the same, the APA said, and subsequent printings and the electronic version of the DSM-5 would refer to the disorder as a paraphilia, not sexual orientation

“APA stands firmly behind efforts to criminally prosecute those who sexually abuse and exploit children and adolescents,” the APA said in a statement. “We also support continued efforts to develop treatments for those with pedophilic disorder with the goal of preventing future acts of abuse.”

The error prompted a religious right organization to issue a statement comparing the apparent change to the APA’s move nearly 40 years ago to remove homosexuality from the DSM’s list of mental disorders.

The right-wing Charisma News noted the APA’s mistake with an update at the top and bottom of its online report but noted the American Family Association’s statement was neither “fabricated or fear-mongering.”