The Hobby Lobby Lawsuit Is A Trojan Horse 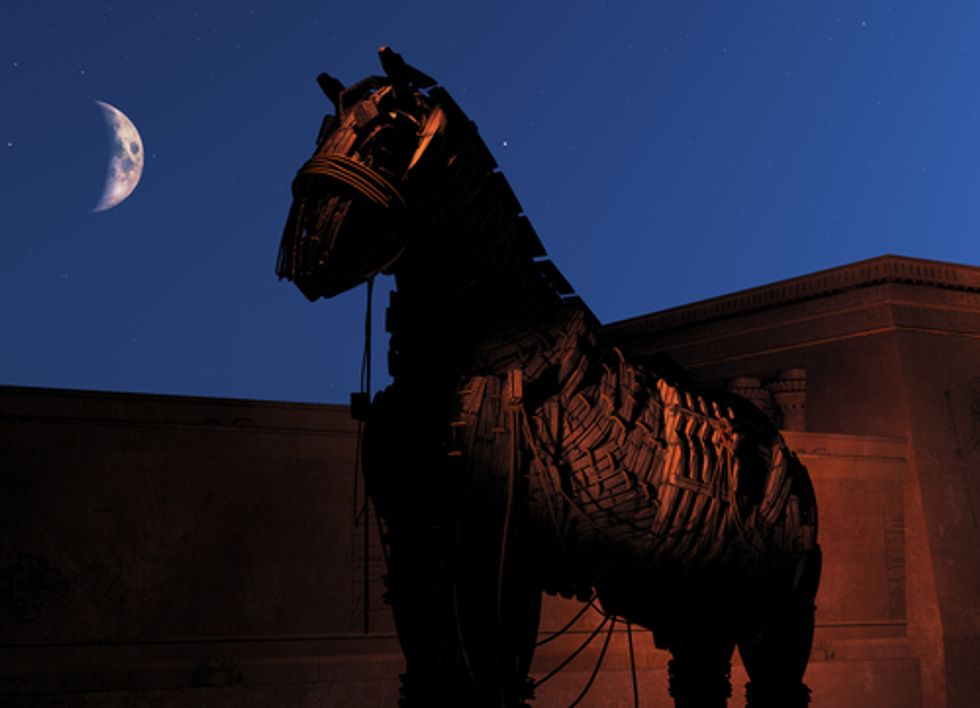 You have to hand to right wing pundits. They kick ass at the bait-and-switch, particularly with their own people. They knew that throwing a major fit over the contraception mandate, no matter how much it's dressed up in "religious freedom" as an excuse, would be understood by their followers as an attack on stupid sluts looking for a handout who just need to keep their legs closed. And that their people would not think one whit further about the implications of allowing your employer to tailor your compensation for your labor to his religious beliefs. But the Hobby Lobby case that's going in front of the Supreme Court will not be argued on the grounds of whether or not stupid sluts need to keep their legs closed. It's going to be argued on the grounds that a business can have a "religion"---which can contain any beliefs they want---and that they have wide berth to use that "religion" to discriminate against their employees. Maybe it will be limited to compensation, or maybe it will be bigger than that. After all, if they're allowed to withhold benefits because they disapprove of your private life, then what else will they be able to do? Refuse to hire women at all?

Even if the court makes a narrow decision, limiting your boss's power to saying "religion!" and being able to withhold benefits you've earned because of it, that's a catastrophe. Jill Filipovic kicked it off on Twitter and I added a few.

They used sex paranoia and misogyny to create a chance for the Supreme Court to give your boss an unbelievable amount of power over your private life and health care choices. Make no mistake about that.

WASHINGTON — New Jersey Democratic Sen. Bob Menendez, along with 27 of his U.S. Senate colleagues, introduced legislation Tuesday to ban high-capacity magazines, which can be used on the type of semi-automatic firearm that is typically used in most mass shootings.


“High-capacity magazines were designed for one purpose and one purpose only — high-capacity killing — and have been used in some of the deadliest mass shootings in America,” Menendez said in a statement.

An optimistic President Joe Biden will seek to lift the spirits of a tense nation Tuesday with a State of the Union address showcasing his efforts to fire up the US economy -- and demonstrating he still has what it takes to seek reelection at the age of 80.

Biden will deliver his remarks at 9 p.m. ET. Watch live video below:

Former President Donald Trump shared a post on his Truth Social platform that insinuated, without evidence, that Gov. Ron DeSantis (R-FL) groomed underage girls while he was a high school teacher, the Daily Mail reported on Tuesday.

"The post linked to a Truth Social Account that grabbed a digital image of a young man with a bowl haircut who appears to be DeSantis surrounded by three young women," reported Geoff Earle. "One of them, who has her arm around the now-Florida governor, is smiling and appears to be holding a brown glass bottle."