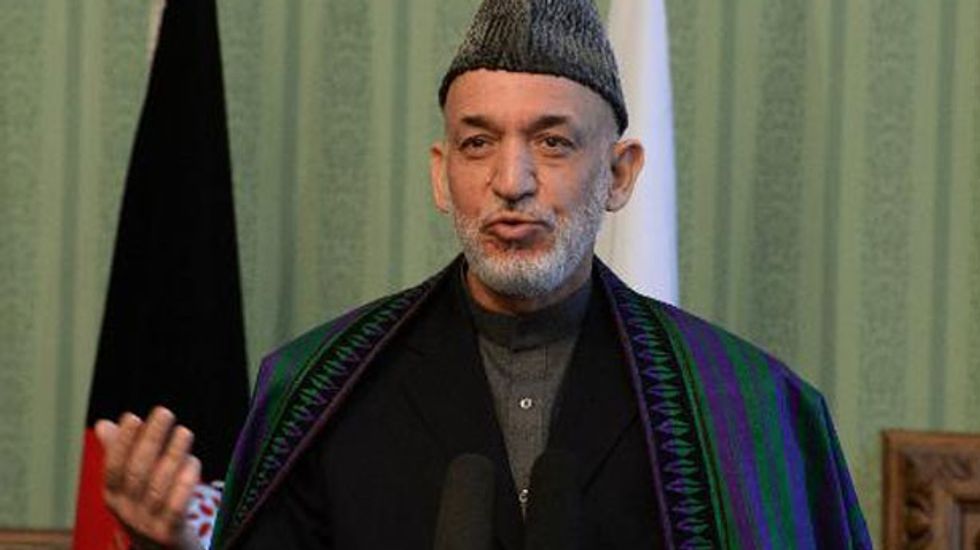 President Hamid Karzai on Tuesday accused the United States of conducting psychological war against the Afghan people in one of his strongest attacks to date on Washington's policy in his country.

Karzai's broadside came in an interview with French newspaper Le Monde amid a row over a security accord that would allow some US and some NATO troops to operate in Afghanistan after 2014 on a mission focused on training, and countering Al-Qaeda-linked extremists.

Karzai initially endorsed the security pact, but has since refused to sign and issued fresh demands. He said the signature could take place after the presidential election in April.

In the wake of Karzai's refusal to sign the treaty, which the national assembly known as the Loya Jirga endorsed last month, Washington had threatened to pull out all its troops in a year and freeze billions of dollars of aid pledged to Kabul.

"You must become an ally and behave like an ally. Not an adversary," Karzai said.

"To the Americans, I say: why must the Afghan people pay the price for this war on terrorism?"

The Afghan leader went on reiterate long-standing grievances over the number of civilians killed by US drone attacks and other military operations against suspected militants.

He said attacks to track down a "self-proclaimed, unknown Taliban were causing suffering and the deaths of women and children.

"Launching psychological war is the act of an adversary," he said, adding that it appeared to be aimed at getting foreign companies to leave Afghanistan and to withdraw their investments in the country.

"The Americans cannot corner us like this," he said.

"They cannot benefit from our state of dependance," Karzai said, terming it a "classic case of colonial exploitation."

The Afghan president said if the continued NATO presence meant "more bombs and killings" it was just not worth it.