Arizona detective quits after learning she's been living in the U.S. illegally since childhood 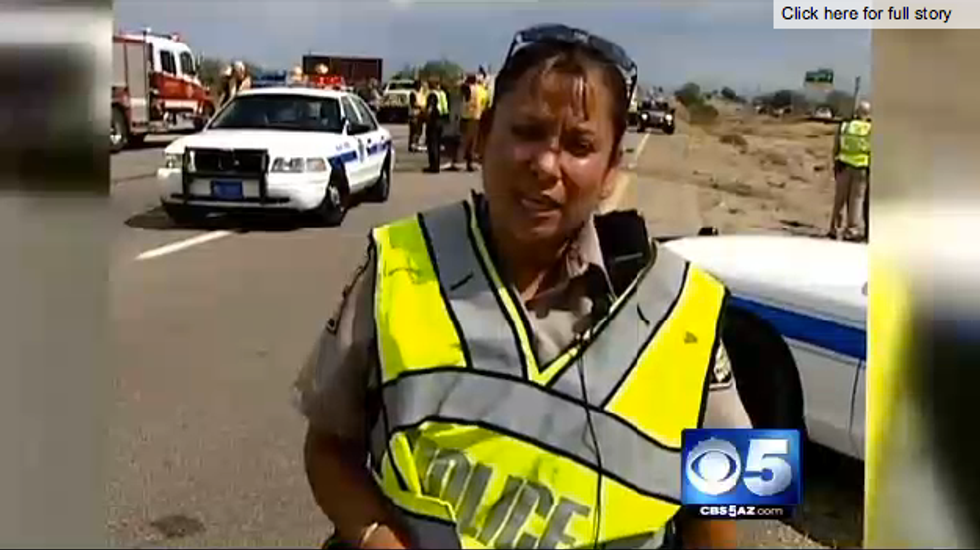 An Arizona state police detective resigned after discovering she’s been living in the U.S. illegally for decades.

Family members had apparently told 42-year-old Carmen Figueroa that she was born in the U.S., but she was actually born in Sinaloa, Mexico, and brought to America as a child.

She discovered her status after the State Department processed a passport application submitted by her brother, who had tried to join the Air Force, and confronted her mother.

Figueroa resigned Monday but would have been fired for fraud and misrepresentation if she hadn’t, said a state police spokesman.

State police were notified of Figueroa’s status Aug. 22, and she was placed on paid administrative leave Sept. 4, although officials said it was always clear she would lose her job over the issue.

The spokesman said Figueroa submitted a Texas birth certificate when she was hired by the state police, along with a driver’s license and high school diploma from California.

State police said there was nothing suspicious about the documents, but they declined to discuss whether authorities now questioned their legitimacy.

Figueroa worked in southern Arizona and spent most of her 10 years with the department as a Tucson-area Highway Patrol officer and spokeswoman before she became a criminal investigations detective in 2010.

The state police spokesman said Figueroa had an exemplary record, adding that her departure did not put any investigations or prosecutions at risk.