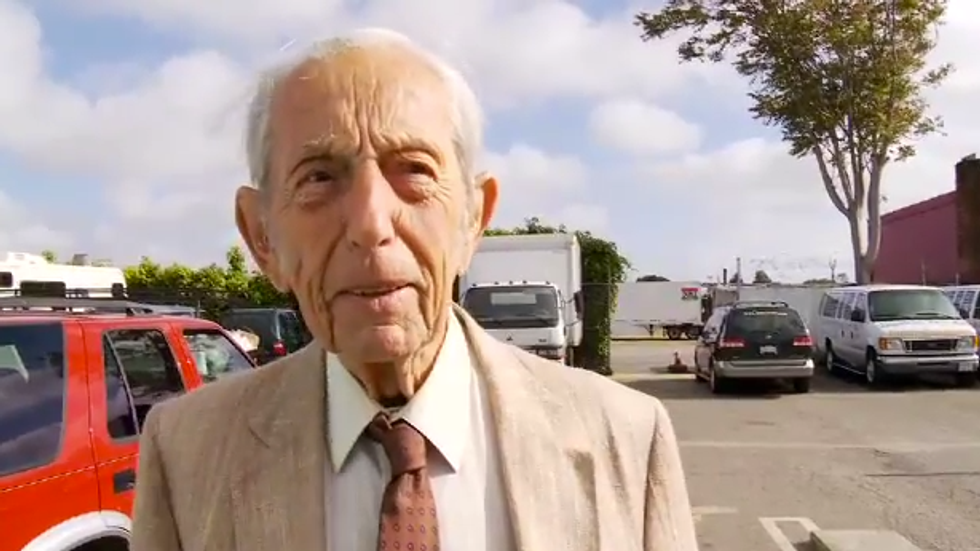 The end finally came Sunday for a controversial radio evangelist who falsely predicted the world would end, most recently in 2011.

Harold Camping died at age 92 after sustaining injuries in a Nov. 30 fall.

The founder of Family Radio first predicted in 1994 the return of Jesus Christ would trigger the end times prophesized in the Bible.

Camping made international headlines after his ministry spent about $100 million to advertise his prediction that Judgment Day would come May 21, 2011, followed by the end of the world five months later.

Of course, the world did not end, and Camping later declared his erroneous prediction to be “wrong and sinful” and gave up on predicting the date of the apocalypse.

But thousands of his radio show listeners quit their jobs, sold all their possessions and emptied their bank accounts to prepare for the Rapture.

A Family Radio spokesman said the ad campaign was paid for primarily through property sales and not donations, but some of Camping’s followers helped pay for some of the estimated 1,200 billboards advertising doomsday.

The ministry sold some of its radio stations and laid off staffers to help finance the campaign, seeing its assets drop from $135 million in 2007 to $29.2 million in 2011.

Camping founded Family Radio in 1958 and hosted a daily call-in show, and the ministry’s website claimed he worked as a “full time volunteer, receiving no salary or other financial compensation."

The evangelist is survived by his wife of 71 years, according to a statement issued by his ministry.

Watch this video of Camping as he discusses his prediction posted online by EzekielThirtyThree3: