Scott Walker's war on Christmas: Screw your kids, give me campaign cash instead 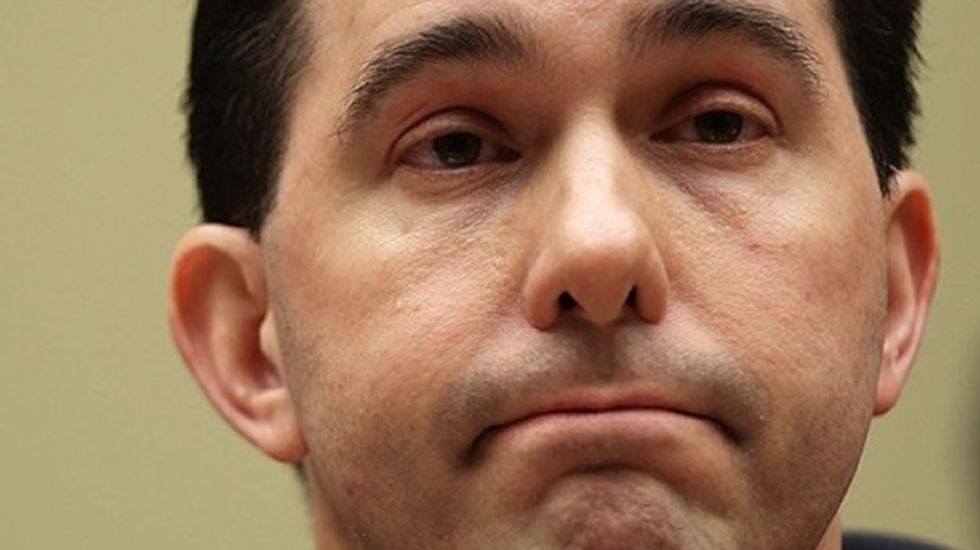 Last week, Wisconsin Governor Scott Walker's official "campaign team" sent an email to the potential donors in which his deputy, Taylor Palmisano, asked supporters to forgo purchasing presents for their children in lieu of donating to his reelection effort.

"Instead of venturing into the cold this Black Friday," it began, "stay in and give your children a gift that will keep on giving. This year, we are celebrating the Holiday Season with a Black Friday special that is better than any deal found in stores. Donate $5, $10 or $25 to help Governor Walker get reelected and save your children from a future of double-digit tax increases and billion dollar budget deficits."

It continued by noting that any "electronics or toys" that parents buy for their children "will undoubtedly be outdated, broken, or lost by the next Holiday Season," whereas a contribution to the Walker reelection effort will help to create "a Wisconsin as great as the one [Walker] grew up in."

Raw Story contacted both Taylor Palmisano and the Friends of Scott Walker, but as of 9:12 a.m. EST has not received a response.

An image of the full email via Daily Kos can be viewed below: 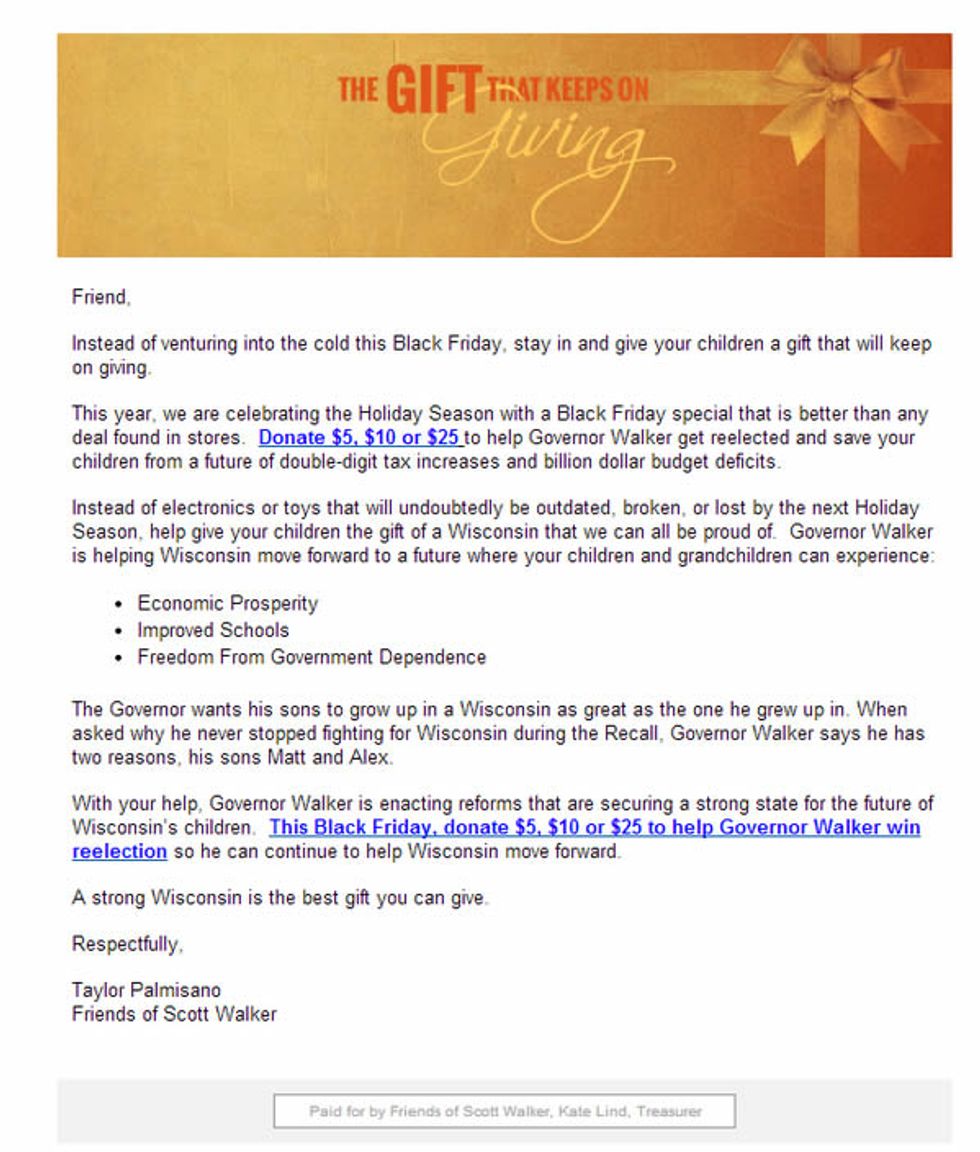