CEO tells Daily Show 'mentally retarded' could work for $2: 'You're worth what you're worth' 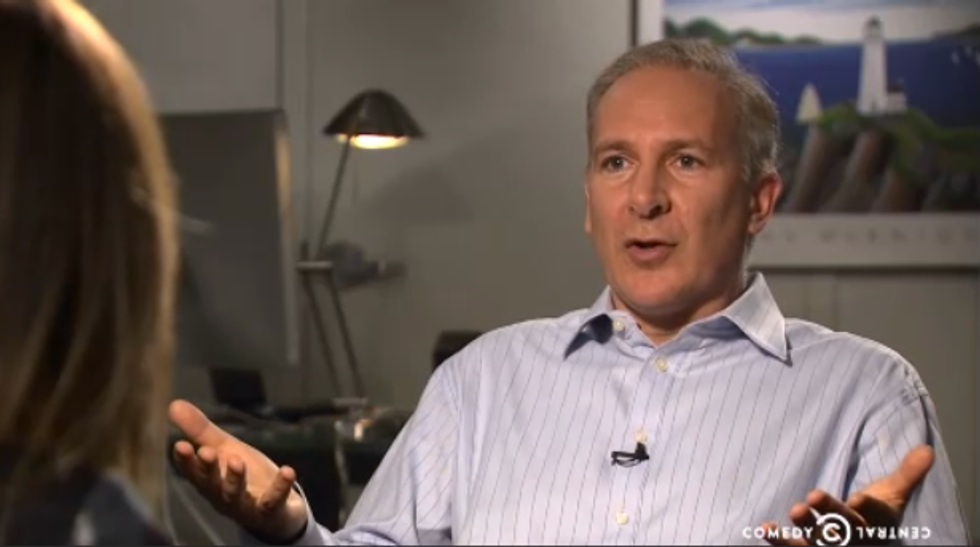 Would increasing the minimum wage leave the most vulnerable workers with fewer jobs? Financial commentator Peter Schiff thinks so.

The investment broker and talk radio host told Daily Show correspondent Samantha Bee that lifting the minimum wage to $10.10 per hour, as President Barack Obama announced he would do by executive order for federal employees, could have devastating effects.

“There’s a law in economics, supply and demand, that you learn in Econ 101, and if you increase the price of something, you decrease the demand,” Schiff said. “The higher you make the minimum wage, the more jobs are going to be destroyed.

The CEO of Euro Pacific Capital argued that government programs, not low wages, were trapping Americans in poverty, and claimed that paying workers twice as much would double the cost of some goods – such as fast-food hamburgers.

“I do like to taste the tears of poverty in my milkshakes,” Bee said.

“Did you ever go into a McDonald’s or Burger King?” he said. “I don’t really eat there, but they don’t seem desperate and hungry to me. They’re young kids, they seem to be enjoying themselves mostly.”

“It’s socialism that creates, you know, scarcity, that creates famine," he said. "In a free market, there’s plenty of food for everybody – especially the poor.”

Schiff argued that eliminating the minimum wage law would allow more people entry to the workforce, and Bee asked him to identify someone whose work might be worth just $2 an hour.

“You know someone that might be? Maybe someone who is – what’s the politically correct word, you know, for mentally retarded,” Schiff said. “I believe in the principles this country was founded on.”

“I’m not going to say that we’re all created equal,” he said. “You’re worth what you’re worth.”