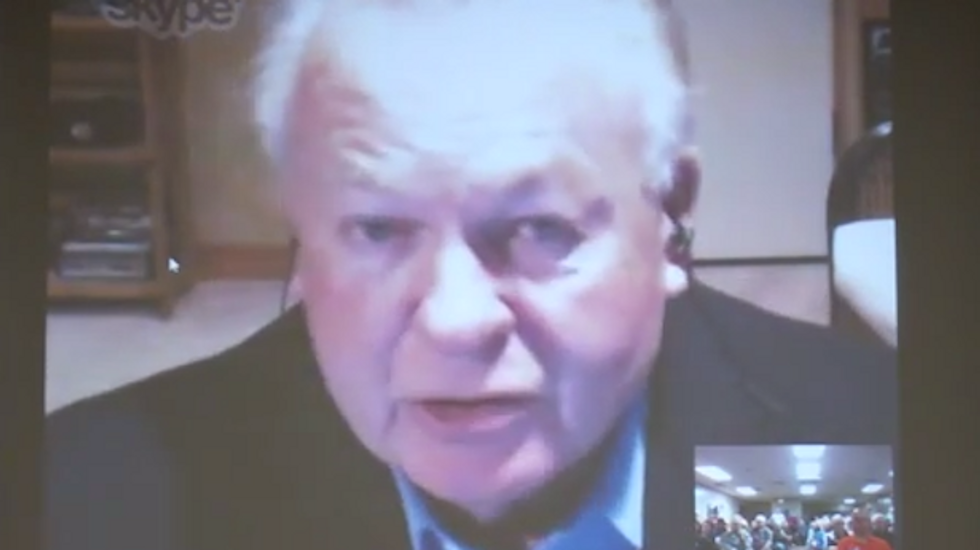 A retired Army general and Fox News analyst told a Tea Party group that he would lead a military coup against the U.S. government, if only reluctantly.

Paul Vallely, a retired major general and senior military analyst for the conservative news channel, told the Surprise, Arizona, Tea Party Patriots during a Dec. 3 speech that other retired military personnel and veterans groups had contacted him about the possibility.

“I had a call this afternoon from Idaho, the gentleman said, ‘If I give you 250,000 Marines to go to Washington, will you lead them?’” Vallely said as the group laughed and gasped. “I said, ‘Yes, I will, I’ll surround the White House and I’ll surround the Capitol building, but it’s going to take physical presence to do things.”

Vallely, who has suggested a variety of extra-constitutional remedies to remove President Barack Obama from office, said extraordinary means were necessary to achieve the legislative results he wanted.

“Writing letters to these senators and congressmen, I am so frustrated because nothing happens,” Vallely said. “I’m not inciting a revolution, but we’ve got to get more physical and stand up and protest.

He said such a protest would be a continuation of Tea Party activism.

“The great things the Tea Party did, I mean, they were out there in the community, standing up, being seen,” Vallely said. “They did things, so we’ve got to go based on what the Tea Party has done and elevate it into something and get more younger people involved. So I don’t know how else to do it.”

The retired general has suggested that a new George Washington could be drawn from the ranks of retired military personnel to lead an insurrection because his aims could not be achieved even through this year’s congressional midterm elections.

“I don’t want to be criticized for starting a revolution, but I’d certainly head it if we had to,” Vallely said as the crowd applauded. “We all love a good fight if it’s worth it, right?”

Watch video from the event posted online by John Madeira: