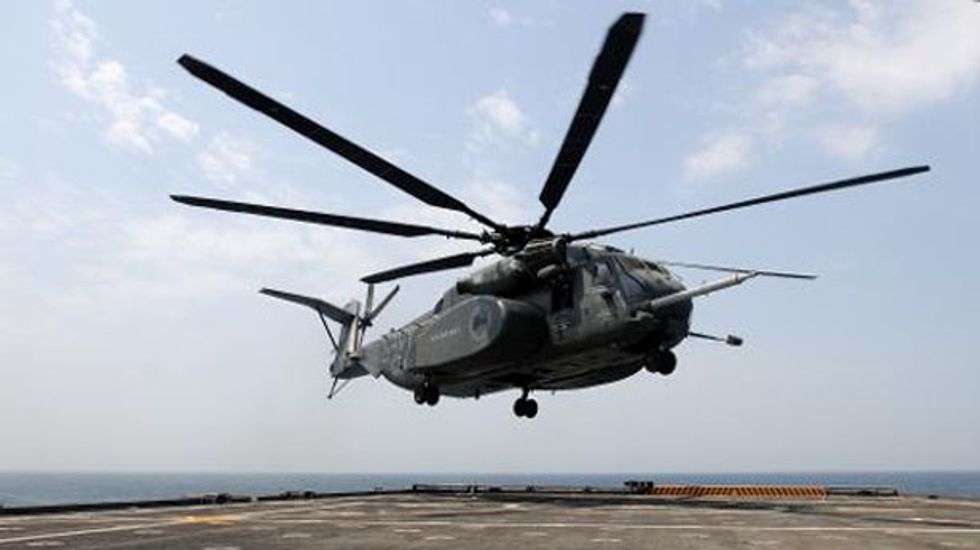 A US Navy helicopter crashed off the coast of Virginia on Wednesday and rescue teams were searching for one of its crew members, a military official said.

The MH-53E Sea Dragon went down "off the coast of Norfolk, Virginia" at about 11:30 am local time (1630 GMT) during"routine training," said a Navy official, who spoke on condition of anonymity.

"Five personnel were on board. Four have been recovered," the official told AFP. "Rescue and recovery efforts are still ongoing."

The crash comes a day after a US Air Force helicopter crashed in eastern Britain, leaving four service members dead.

And in an odd coincidence of names, the HH-60G Pave Hawk chopper went down in the English county of Norfolk, while flying low on a training drill on Tuesday.