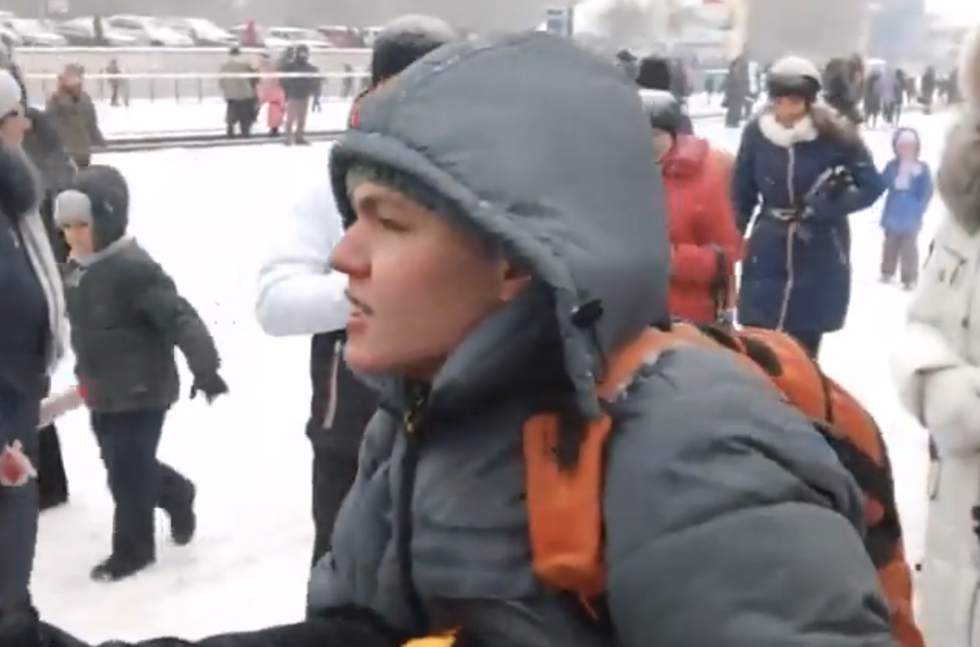 A teenage boy named Pavel Lebedev is being hailed as an international hero by LGBT rights activists after video showing him flying a rainbow flag at an Olympic torch relay went viral on Tuesday.

The Winter Olympics torch relay was making its way through Lebedev's home town of Voronezh on Saturday. Lebedev walked up to the parade line and unfurled a rainbow-colored LGBT rights flag.

Within seconds, he was set upon by two men who have been confirmed as Olympic officials, who knocked the youth down and held him until police arrived on the scene.

Currently, Lebedev is being held for questioning by police.

He told the Associated Press, "Hosting the games here contradicts the basic principles of the Olympics, which is to cultivate tolerance."

Russia's recent groundswell of anti-LBGT prejudice -- including a law making it a crime to in any way endorse same-sex relations -- inspired Lebedev to make his gesture of protest.

Longtime Russian President Vladimir Putin gave an interview late last week intending to smooth over the controversy around his country's regressive attitudes, but in the end only further inflamed the controversy.

“We have no ban on nontraditional sexual relations. We have a ban on propaganda of homosexuality and pedophilia. I want to underline that, on propaganda among minors,” said Putin.

“We aren’t rounding up anyone, we have no criminal punishment for such relations unlike many other countries,” he continued. “One can feel relaxed and at ease, but please leave the children in peace.”