Black conservative on Black History Month: Too much Trayvon, not enough 'knockout' game 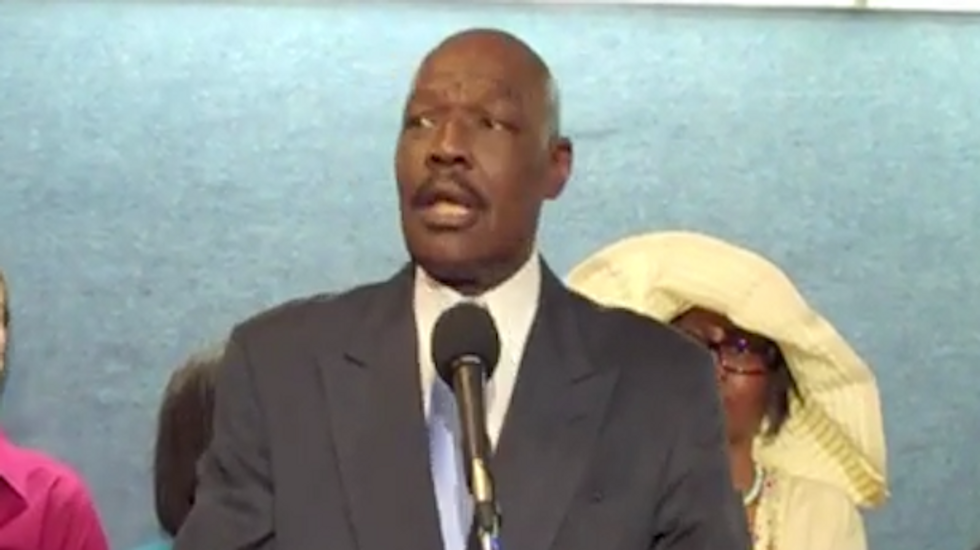 A World Net Daily columnist kicked off Black History Month by lamenting that public school children aren’t told about all the bad things black people are responsible for nowadays.

Mychal Massie, who is black, belittled the month-long celebration as “an aversion to modernity encourages people to mire themselves in the past” in a column published Wednesday on World Net Daily.

“Public school children will be immersed in a 28-day vat of a factually flawed and at times fictional history of how bad the blacks had it in America, and they will hear that whites are privileged and their ancestors had slaves, blah-blah-blah,” wrote Massie, chairman of the Project 21 National Leadership Network of Black Conservatives and member of the National Center for Public Policy Research.

He doesn’t bother to cite any of these alleged historical falsehoods, but Massie recites a litany of crimes against white people by black people – most of whom have been prosecuted.

“They won’t be talking about the fact that blacks aren’t shot on sight in areas where ‘Knockout’ is taking place,” wrote Massie, referring to an urban crime phenomenon promoted by some conservative media outlets to stoke racial fears.

Massie makes the startlingly racist observation that this inverts an American past when “blacks were barely suffered to walk on the same sidewalk as whites.”

He also complains that Trayvon Martin, an unarmed black teenager who was shot to death by a neighborhood watch volunteer who suspected him of criminal activity, will be “lauded for sainthood” while the brutal slayings of two British tourists by a black teenager will go unnoticed during Black History Month.

Martin’s killer, George Zimmerman, was initially not charged because he claimed self-defense and was eventually acquitted in the teen’s fatal shooting. Shawn Tyson, on the other hand, was sentenced to life in prison for the 2011 fatal shootings of James Cooper and James Kouzaris in a botched robbery attempt.

“You won’t hear that the same black man in the White House, who was quick to stir the caldron of racial animus in the Martin situation, has refused numerous attempts by the families of these two British students, tourists who had wandered into the neighborhood where Tyson gunned them down in cold blood because they were white, to show them a modicum of compassion,” noted Massie, who is best known for his viral 2012 screed, “Why I Do Not Like The Obamas.”

He called for an end to Black History Month, which he said imposed guilt on white students and instead teach students that black people largely responsible for present-day racism.

“It’s time we teach that every population group who arrived here had extremely difficult times at first, but, unlike the majority of blacks, they rose above it,” Massie wrote. “And, specific to that point, we should teach that those blacks who are not rising above same are those who embrace bitterness, victimology and immiseration as a means of life.”

Watch this video of Massie speaking about race posted online by SunnyDayAmerica: