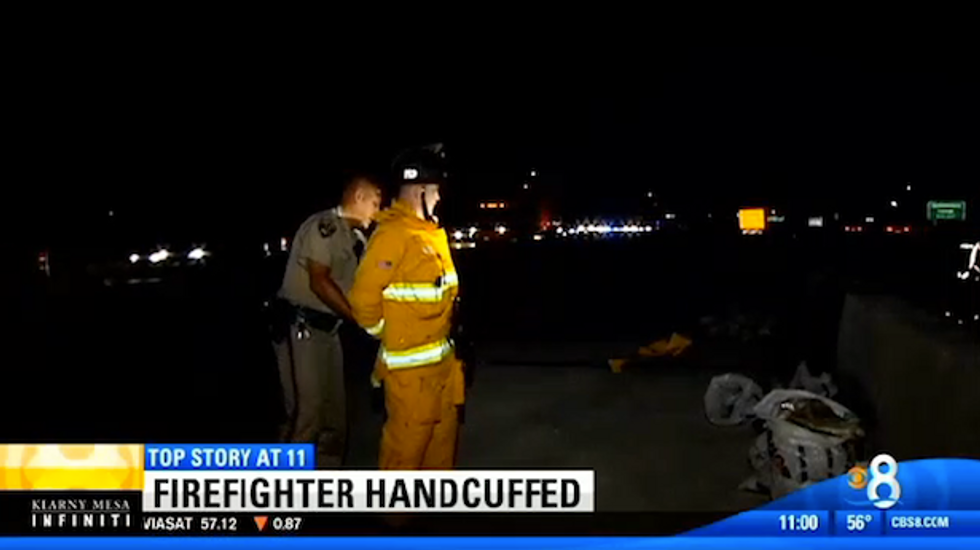 A California firefighter was detained Wednesday after an argument with police at a crash site.

KMFB-TV reported that the firefighter got into a dispute with an officer about where fire engines should be parked at a crash site on Interstate 805.

Authorities said the officer told firefighters to move three engines from the fast lane but only two complied.

The other firefighter refused and continued giving aid to victims of a rollover crash, the station reported.

The 12-year veteran firefighter was held in the back of a CHP cruiser for a half hour before he was released, the station reported.

CHP and Chula Vista firefighters said in a joint statement that they will meet to discuss ways to work together more efficiently, but Fire Chief Dave Hanneman said the firefighter did nothing wrong.

“My engineers and all the crews did exactly what they're trained to do,” Hanneman said.

The officer’s name has not been released, and CHP did not say whether he would be reprimanded.

The driver of the Honda Civic that crashed was hospitalized, but no additional information was available about the victims or their condition.