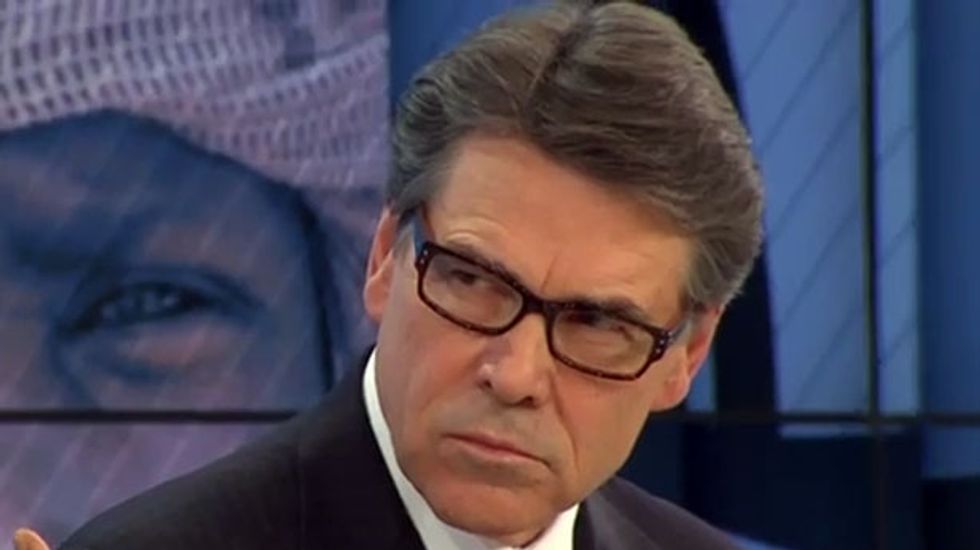 "These words that Nugent said, you have to admmit that they are vile," Blitzer said. "To call the president of the United States a 'subhuman mongrel, that's pretty disgusting."

"They're pretty tough words," Perry responded before Blitzer cut him off, telling him that it was okay to call Nugent's words "disgusting."

“We agree that that is not appropriate language to use of the United States president.” Perry replied.

Blitzer then asked Perry if it was appropriate for gubernatorial candidate Greg Abbott, whose campaign is employing Nugent, to continue to "embrace" him.

“I’m not going to get into this side of whether it’s appropriate or not,” Perry said “There are people who say things all the time. The idea that Ted Nugent has said something that’s outrageous shouldn’t surprise anybody.”

Blitzer responded by calling Nugent's words “beyond the pale.”