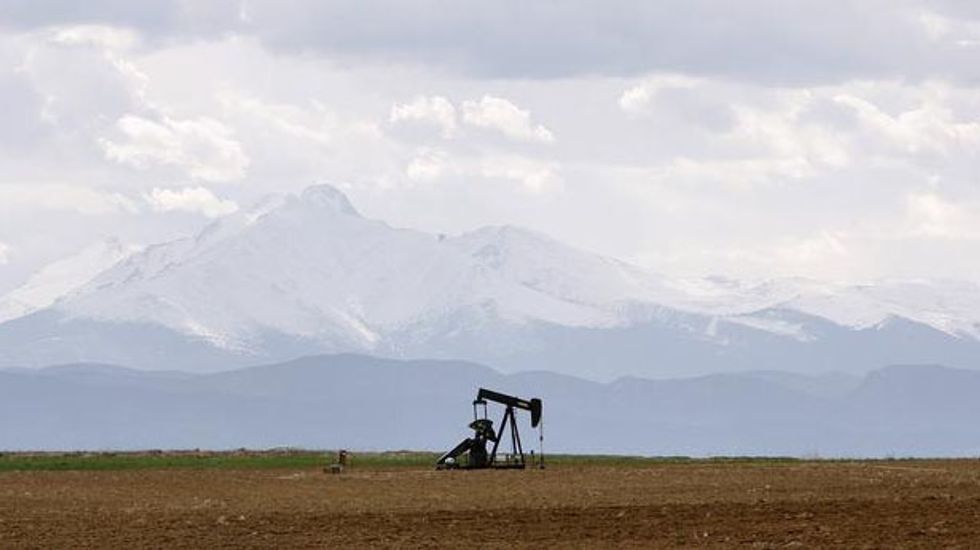 DENVER (Reuters) - Colorado health and environment officials on Sunday approved new rules to limit air pollution from oil and gas drilling in the state, including what regulators said is the nation's first-ever plan to detect and reduce methane emissions.

The new measures were adopted to reduce the release of methane during production and transport of natural gas, in a deal first proposed last fall with energy producers Anadarko Petroleum, Noble Energy, Encana Corp and the Environmental Defense Fund.

The regulations would require operators to perform frequent checks for leaks using infrared cameras and other technologies.

"This is a huge breakthrough for cleaner air and a safer climate. Getting to this point took serious resolve and a willingness to find common ground," said Fred Krupp, president of the Environmental Defense Fund.

Governor John Hickenlooper said in a statement that the regulations are a result of "collaboration and compromise" among various stakeholders, including citizen groups, government, and the energy industry.

"The new rules approved by (the commission), after taking input from varied and often conflicting interests, will ensure Colorado has the cleanest and safest oil and gas industry in the country and help preserve jobs," the governor said.

"The new rules accomplish much, which we support," said association spokesman Doug Flanders. "Unfortunately, we were not successful in ensuring that the rule accommodates the differences in basins and operators."

"Now, these protective, common-sense measures will be required of all operators across the state," he said.