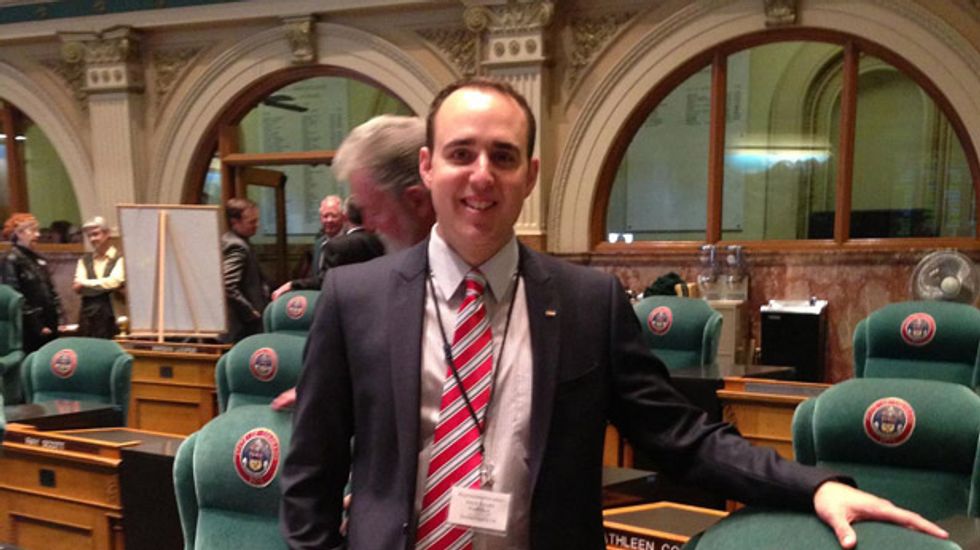 Following a debate on concealed handgun permits, a Colorado lawmaker discovered a bag containing a loaded handgun belonging to a colleague who had left it behind.

The Denver Post reports that Rep. Jonathan Singer, D-Longmont, discovered the black canvas bag sitting under the table where the lawmakers sit.

Inside the bag was a loaded handgun belonging to Rep. Jared Wright, R-Fruita, who sits next to Singer on the House Local Government committee.

“I just immediately notified the Sergeant at Arms and soon we realized it was Jared’s bag,” said Singer.

Wright, who is in his first term, told The Denver Post that he often carries a concealed handgun when he is inside the Capitol and under state law he has the right to do so as a peace officer.

“I feel it’s my duty to be a first responder wherever I am at,” said Wright. “That’s why I carry it.”

State law prohibits carrying a gun in the Capitol “without legal authority.”

After speaking with Colorado State Patrol and Roxane White, Gov.John Hickenlooper’s chief of staff, Wright said that he had agreed to no longer carry the weapon inside the building and no report was filed.

First elected in 2012, Rep. Wright was endorsed by the NRA, an organization that "has provided generations of Americans with programs focused on safety, education and responsibility."