Connecticut substitute teacher, 72, arrested for fondling himself in front of students 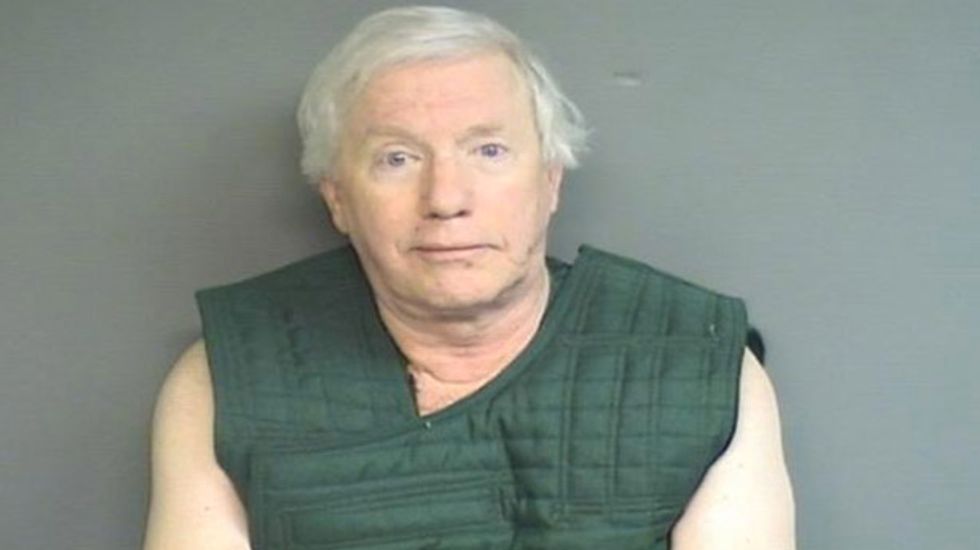 A 72-year-old substitute teacher was arrested for touching himself in front of students at a high school in Stamford, Connecticut, Wednesday afternoon, according to CBS5.

The assistant told police that she thought Luecke was injured and that, when she went to help him, he had "his hand in his pants and manipulating his penis." The school employee screamed as Luecke ran away.

According to surveillance video reviewed later, Luecke can be seen "suspiciously manipulating the front of his pants while looking at students in the courtyard." Six students passed by the area where Luecke is alleged to have exposed himself.

The video also shows Luecke going behind lockers for about a minute, then emerging and lying on his back on the floor.

According to school officials, Luecke's behavior was "completely out of character" and police are looking into his personal life to see if something triggered his behavior.

Luecke has been charged with public indecency, second-degree breach of peace and risk of injury to a minor. He was given a $25,000 bond.

Officials are trying to identify the students who observed Luecke in the hallway to see if they are in need of counseling.

Watch the CBS5 video below: