Recreational marijuana proposal to appear on Alaska ballot in August 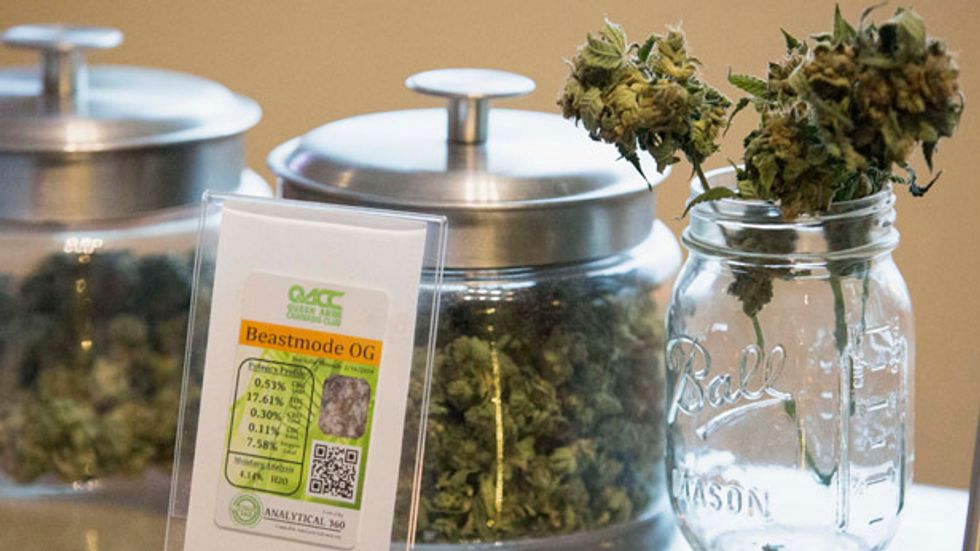 (Reuters) - Alaska voters will decide this summer whether America's Last Frontier will become the third U.S. state to legalize the sale and recreational use of marijuana for adults under a proposal that officially qualified on Wednesday for a statewide ballot.

Alaska Lieutenant Governor Mead Treadwell formally certified that a petition campaign for the measure had gathered more than 36,000 valid signatures from registered voters, nearly 6,000 more than legally required to qualify.

The marijuana initiative, and a separate measure to raise the state's minimum wage by $2 an hour to $9.75 by January 2016, will be placed on the state's primary election ballot on August 17.

Passage of the marijuana initiative would permit adults 21 and older to possess up to one ounce (28 grams) of marijuana for private personal use and to grow as many as six cannabis plants for their own consumption.

It also charts a course for state-regulated commercial sales of pot in a framework similar to systems established by Colorado and Washington state after voters in those states became the first to legalize recreational marijuana in 2012.

Colorado and Washington's marijuana sales are likewise patterned after the system adopted by many states for alcohol sales.

Under the Alaska measure, the state would collect a tax of $50 per ounce of marijuana at the wholesale level.

The push to legalize recreational pot use in Alaska, which is among 20 states that already allow medical marijuana, is part of a broader state-by-state effort to end prohibition of the drug, which remains classified as an illegal narcotic under federal law.

Activists in Oregon also are gathering signatures to put a legalization measure on the 2014 ballot in that state.

"A bipartisan tidal wave of public support for regulating marijuana like alcohol in Alaska has pushed this issue onto the ballot, and we will be running an aggressive campaign designed to build momentum on that," said campaign spokesman Taylor Bickford.

He said efforts at prohibition have failed, and the signatures collected by the pro-marijuana campaign reflect a call for a more "sensible approach."

"There is more public dialogue about marijuana taking place than ever before," said Mason Tvert, spokesman for the Denver-based Marijuana Policy Project. "It won't be long before we see similar steps being taken in other states."