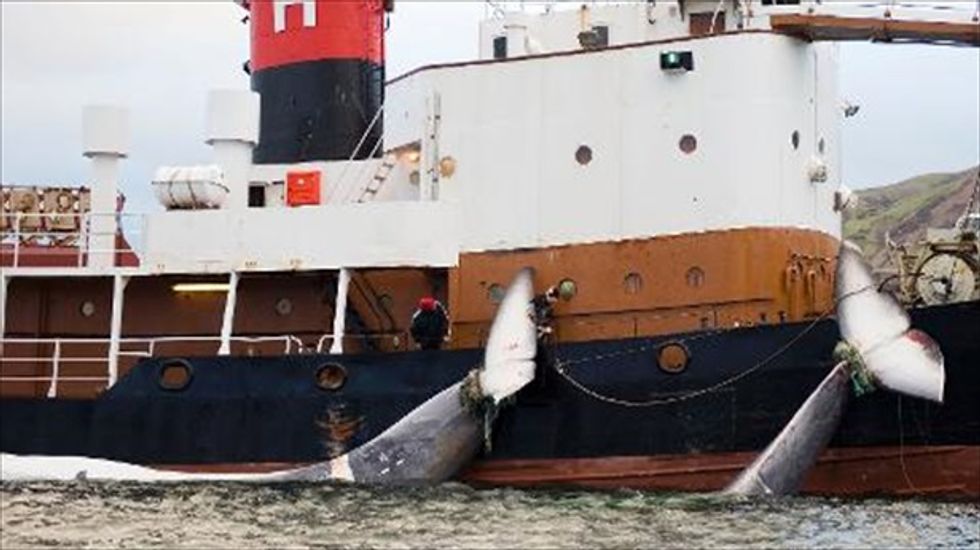 The United States said Thursday that Iceland was violating an international agreement through its whaling, opening the possibility of economic sanctions over the controversial hunt.

The Department of the Interior, in a decision it is required to take under US law, found that the Nordic country's actions violated the Convention on International Trade in Endangered Species of Wild Fauna and Flora.

The certification was sent to President Barack Obama, who has 60 days to determine whether to impose economic sanctions on the NATO ally. After a similar decision in 2011, Obama declined to do so but ordered diplomatic measures to raise concern.

Iceland and Norway are the only nations that openly defy a 1986 global moratorium on commercial whaling. Japan kills hundreds of whales a year but says it abides by the moratorium by using a loophole that allows "lethal research" on the ocean giants.

Iceland consumes little whale meat but supplies the Japanese market. It increased its 2014 quotas to 383 whales, despite not making the hunt level the previous year.

Interior Secretary Sally Jewell, in a statement on the decision, credited the 1986 moratorium with helping whale stocks recover after commercial whaling "had nearly driven whales to extinction."

Conservation and animal rights groups hailed the move and called for Obama to take action to stop Iceland's hunt.

"Killing endangered fin whales is not only brutal, it's short-sighted," said Taryn Kiekow Heimer of the Natural Resources Defense Council.

"Iceland should not be allowed to ignore the fact that, regardless of some temporary financial reward, this practice is simply unsustainable and cruel," she said.