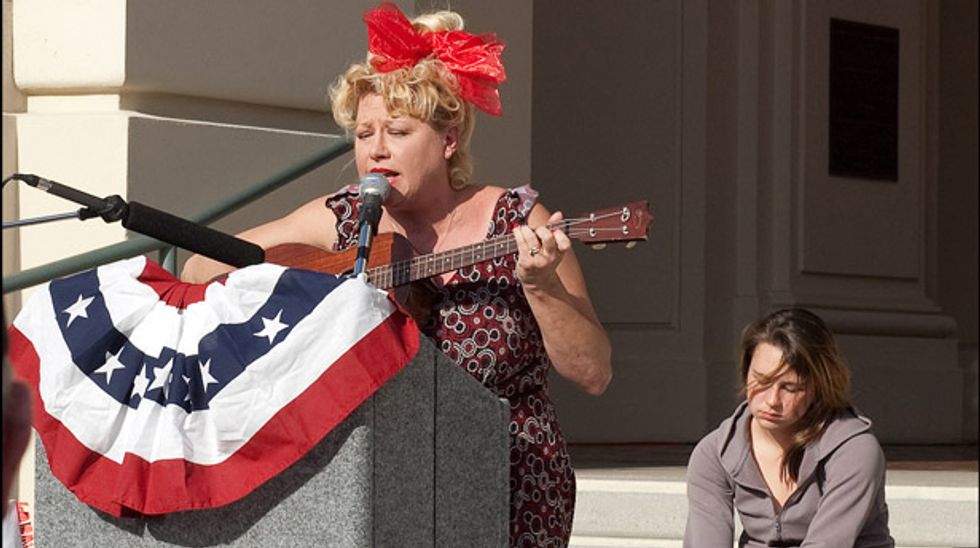 After the story went viral, prompting calls to county school administrators to ask if the book was in classrooms, the school district was forced to issue a statement denying that book is a part of the curriculum and is not available at the schools.

“This accusation is simply not true,” Looney said. “Some people are spreading false information claiming that Williamson County Schools uses the book 'It's Perfectly Normal.' These individuals appear to be maliciously maligning WCS for personal or political gain. This book is not a part of the school district's curriculum and is not in any of our school libraries. Students have no access to this book through Williamson County Schools. False claims such as these interfere with the work of the district.”

Jackson, who is currently running for a candidate for a seat Williamson County Commission, responded on her blog Saturday, denying any political motivations.

"I did not write the textbook story for personal or political gain. (Maybe some people go into public service for that reason. I do not know Mike Looney’s salary, but I heard it is over $ 200,000 and he just got a raise, when Williamson County is over 500 million in debt.)," she wrote.

"I’m running for office for my first time because I care about the world I’m going to leave to my children. The office I’m running for, commissioner of district 2, is one seat of 24, with no salary attached that I was aware of when I pulled papers. Someone told me it was $ 5000 a year after taxes. I don’t know if that’s true. I gain nothing financially or career wise, (politics is not my career), by examining what our children are being taught, except I sleep better at night, knowing I’ve “fought the good fight.” I think the public schools should teach the Bible along with Math, Science, English, and History, and not any kind of sex ed."

She added that  she felt her post had been misunderstood.

"Candy Emerson, who is a wonderful local teacher of over 30 years, and who is currently running for a seat on the school board, didn’t know I was writing a story on textbooks. Candy never told me that the book, 'It’s Perfectly Normal,' was currently being used in Williamson County Schools. She brought the book to a meeting of concerned moms and I took photos of the pages. I’m sorry if my original post in any way made it sound like Candy made an untrue statement. I was the one who misunderstood what several of the concerned moms were trying to explain to me about the book."

Referring to Common Core State Standards Initiative, Jackson implied that, although "“It’s Perfectly Normal” may not be in use, a book "just like it" could be forthcoming.

"The current implementation of Common Core is in the math/reading phase. Soon, Common Core will implement other subjects including sex education. So, it is highly likely that this sexually explicit book, 'It’s Perfectly Normal'” or one just like it, will be at your child’s school in the near future. I’m sure the public school system will not be using the Bible’s view of sex ed and it’s message to “Flee Fornication” and save sex for after marriage, and to someone of the opposite sex."