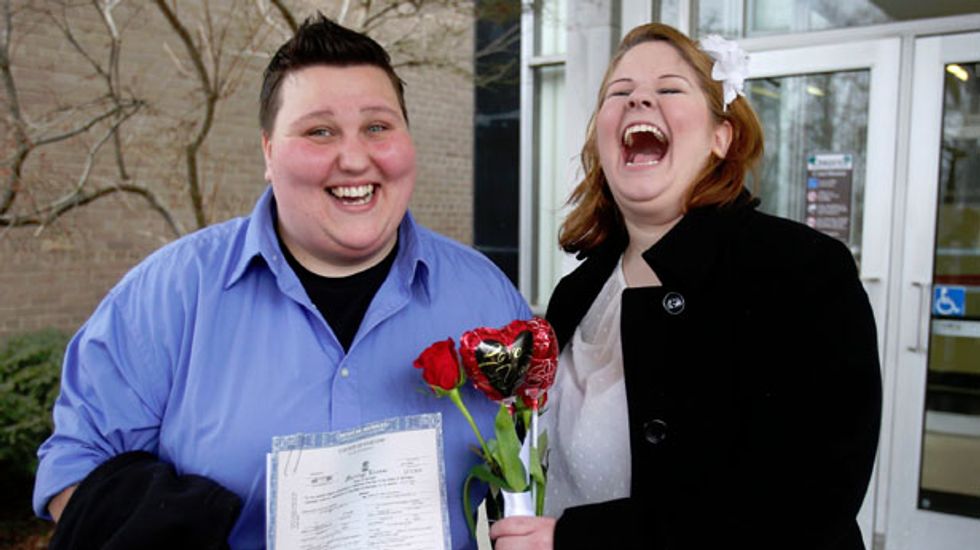 WASHINGTON (Reuters) - The government said on Friday it would recognize same-sex marriages carried out last week in Michigan but left in limbo by a court appeal, making the couples entitled to appropriate federal benefits.

The state appealed the ruling later on Saturday and Michigan Governor Rick Snyder said the newly-weds would not receive state benefits of marriage until the matter is settled in court.

Same-sex marriage is now recognized in 17 out of the 50 states and the District of Columbia.

Attorney General Eric Holder said in a statement in Washington on Friday that the marriages performed on Saturday would be recognized by the federal government.

"These families will be eligible for all relevant federal benefits on the same terms as other same-sex marriages," he said.

While their recognition by their state is in question, the couples will have access to federal benefits including joint tax filings, social security benefits, and legal immigration status for foreign partners.

It said in a statement he had "demonstrated his steadfast commitment to equality and upholding the core values of the U.S. Constitution by affirming federal recognition of these marriages."

In January, Holder announced the federal government would recognize same-sex marriages in Utah, which were also under dispute.