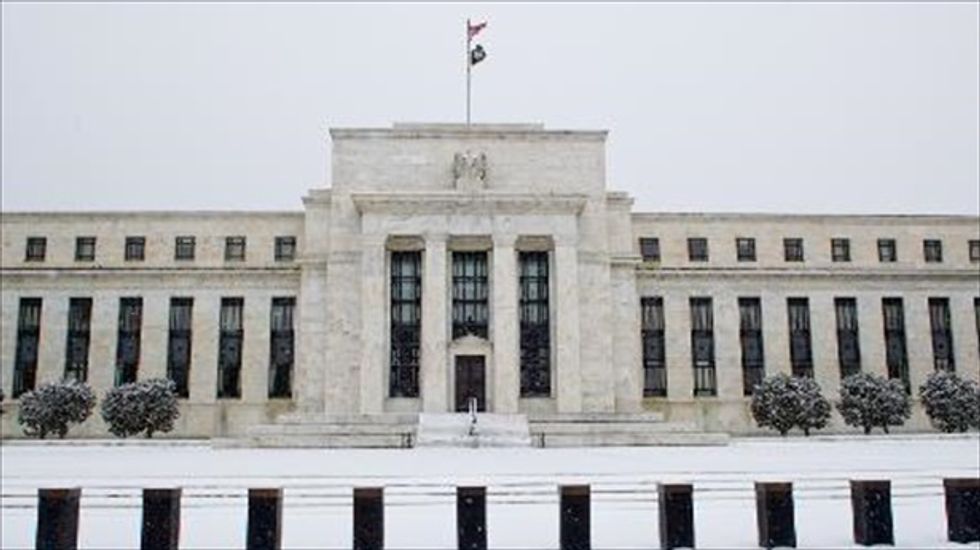 The U.S. Federal Reserve is seen during a snowstorm on March 3, 2014 in Washington (AFP)

The Federal Reserve said Friday its balance sheet swelled to $4.0 trillion at the end of 2013 as it made massive asset purchases to support the U.S. economy.

The Fed, in a report of its 2013 financial results, said net assets increased by $1.1 trillion compared with its balance on December 31, 2012.

It paid net profit of $79.6 billion to the U.S. Treasury. By law, the non-profit central bank is required to turn over any profit in excess of operating and other expenses to the government.

Last year's Treasury payment was less than the record $88.4 billion in 2012. The Fed said it had reaped no gains on the sales of U.S. Treasury securities in 2013 compared with $13.3 billion in gains in the prior year.

While earnings are generated by the interest rate the Fed charges to banks in refinancing operations, the bulk of the Fed's 2013 earnings came from interest accrued from the asset-purchase program, which is aimed at tamping down long-term interest rates to encourage US lending and hiring.

Interest income on securities grew to $90.4 billion at the end of 2013, an increase of $9.9 billion from a year earlier.

The central banked racked up $85 billion a month in asset purchases every month last year. In January and February it cut that back by $10 billion each month, slowing the buying pace to $65 billion.

By the end of the year, the Fed's holdings of US Treasury securities increased by $550.2 billion, and federal agency and certain mortgage-backed securities grew by $583.5 billion.

The Federal Open Market Committee is widely expected to decide another $10 billion cut to asset purchases at its policy meeting next Tuesday and Wednesday.