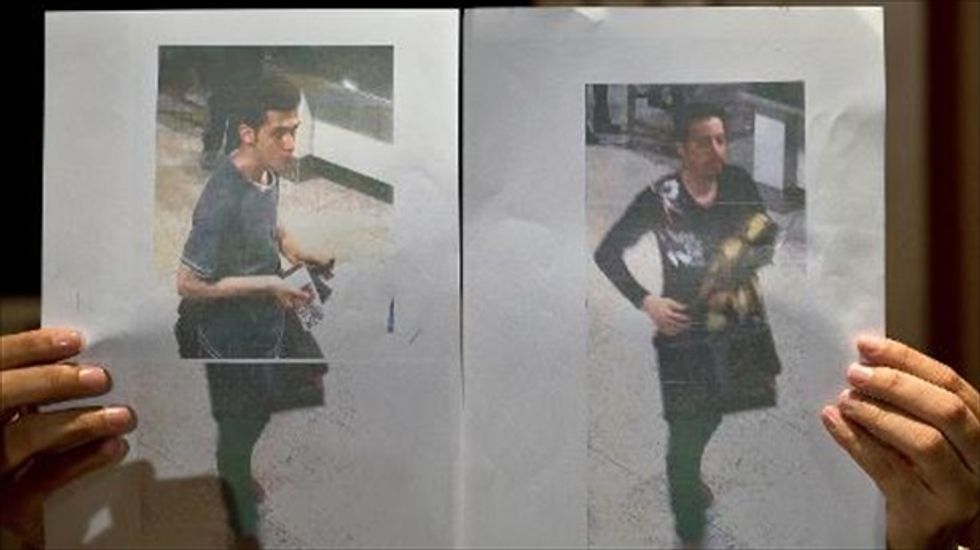 Interpol hit back Friday at Malaysia's claims that consulting a stolen passport database would have caused too many delays to be useful, after confusion caused by Kuala Lumpur's failure to detect two illegal migrants on the still missing Malaysian Airlines Flight MH370.

Two passengers on the Malaysian Boeing 777 flight thought to have crashed into the Indian Ocean triggered an international terrorism probe this month after it was revealed they were travelling on stolen passports.

It was later reported that the pair were illegal migrants from Iran seeking a better life in the West and Malaysian authorities were criticised for not using an Interpol database designed to identify stolen passports.

But on Wednesday Malaysian Interior minister Zahid Hamidi told parliament in Kuala Lumpur that consulting the database was too time consuming for immigration officers and caused airport delays.

Interpol shot back saying Malaysia’s decision to not consult the database before allowing travellers to enter the country or board planes "cannot be defended by falsely blaming technology or Interpol".

"If there is any responsibility or blame for this failure, it rests solely with Malaysia's Immigration Department," the France-based organisation said.

Interpol said that it takes "just seconds to reveal whether a passport is listed, with recent tests providing results in 0.2 seconds".

While some countries consult the database more than a hundred million times a year, "in 2014 prior to the tragic disappearance of Malaysia Airlines Flight MH 370, Malaysia’s Immigration Department did not conduct a single check of passengers' passports against Interpol's databases," the agency said.

"Had Malaysia consulted Interpol's database, the fact that both passengers were using stolen passports would have been discovered almost instantaneously," it added.

Interpol said earlier this month the two men were believed to have travelled to Kuala Lumpur via Doha using Iranian passports.

They then switched to stolen Austrian and Italian passports to board the Beijing-bound flight which vanished with 239 people on board.