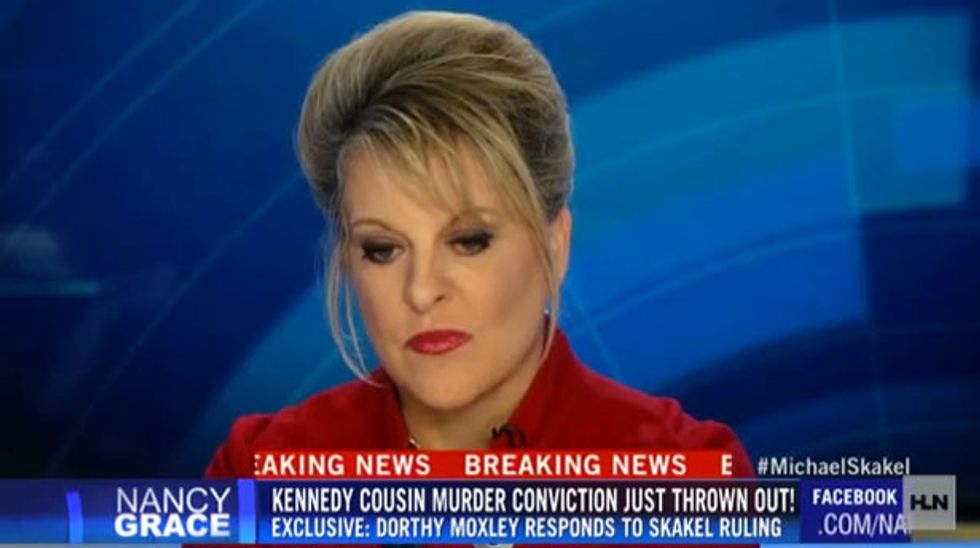 A federal judge in Hartford, Connecticut has ruled that Michael Skakel’s libel suit could go forward against the television personality Nancy Grace, her producers, and guest Beth Karas over comments made on her television show  falsely suggesting that DNA evidence tied him to Martha Moxley’s 1975 murder.

According to the NY Times, Judge Vanessa L. Bryant of United States District Court denied the defendant's attorney's motion to dismiss the civil complaint, writing that the statements Grace made were “not just a minor inaccuracy,” but rather ones involving some “stark” distinctions.

The libel action is the result of remarks made on Ms. Grace’s show, broadcast by HLN, in January 2012. Karas, a a legal commentator on the show, stated that Mr. Skakel’s “DNA was found” in a tree near the crime scene.

In fact, there was no DNA evidence linking Mr. Skakel to the crime.

The judge wrote that the issue of whether Mr. Skakel, a member of the Kennedy family,  is a public figure would need to be examined in the trial.

However the judge denied the defendants’ efforts to treat Skakel as someone who is “libel-proof” because he had been convicted of the murder and could therefore not suffer any further damage to his reputation.

“While Skakel was convicted of murder, he was allegedly so convicted absent any DNA evidence linking him to the crime,” the judge wrote.

“Grace’s and Karas’s comments are not merely a gloss on Skakel’s conviction; their statements imply that hard, unfeeling, scientific, and direct evidence linked Skakel to the scene and conclusively corroborated his guilt, when such scientific certainty did not exist.”

Skakel, who has maintained his innocence in the death of Martha Moxley, was convicted by a jury in June 2002 of murdering her when they were both teenagers living in Greenwich, Conn. Tried as an adult, he was sent to prison for 20 years to life.

His conviction was set aside last year after a state judge ruled that Mr. Skakel had been deprived of effective counsel.

Skakel, 53, has been free on bail pending an appeal by prosecutors of the ruling.

Attorneys for  Turner Broadcasting stated by email that, “We are aware of the ruling and we are evaluating next steps.”

Watch video of Grace reporting on Michael Skakel's conviction being overturned below: