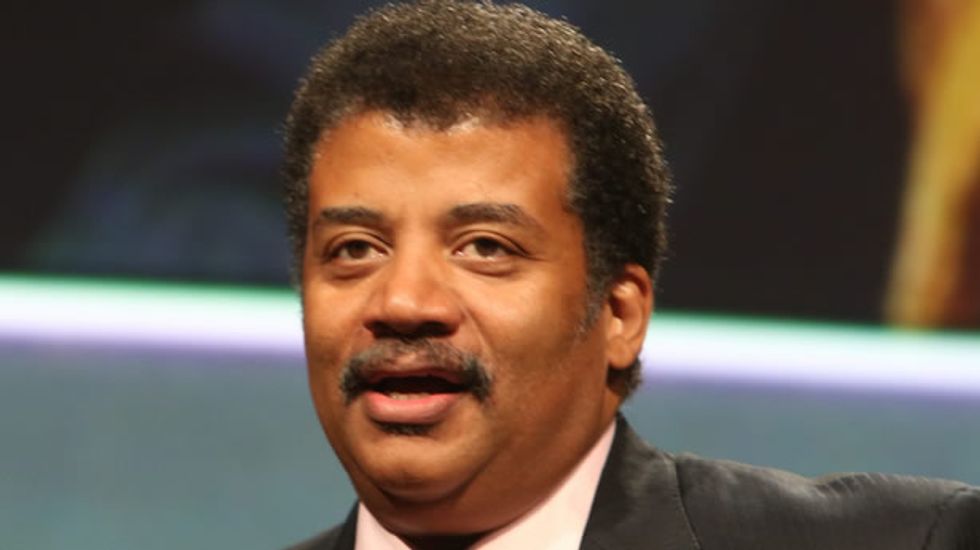 In an interview with the Inquiring Minds podcast, astrophysicist and Cosmos star Neil deGrasse Tyson claimed that those who "cherry pick science," like climate change deniers, "simply don't understand how science works."

"That's what I claim," he continued, because "if they did, they'd be less prone to just assert that somehow scientists are clueless." He also said that he wouldn't debate anti-scientific people -- as Bill Nye famously did last month -- because "I don't have the time or the energy or the interest in doing so. As an educator, I'd rather just get people thinking straight in the first place, so I don't have to then debate them later on."

He took pains to note that his position is not explicitly anti-religious, either, merely anti-dogmatic. "Any time you have a doctrine where that is the truth that you assert, and that what you call the truth is unassailable, you've got doctrine, you've got dogma on your hands. And so Cosmos," he said, is "an offering of science, and a reminder that dogma does not advance science; it actually regresses it."

When asked specifically about climate change, Tyson said that the deniers have the same "tools of science" as everyone else, they merely misuse them. "You are equipped and empowered with this cosmic perspective, achieved by the methods and tools of science, applied to the universe," he said.

The question is, "are you going to be a good shepherd, or a bad shepherd? Are you going to use your wisdom to protect civilization, or will you go at it in a shortsighted enough way to either destroy it, or be complicit in its destruction? If you can't bring your scientific knowledge to bear on those kinds of decisions, then why even waste your time?"

Listen to the entire Inquiring Minds podcast below.