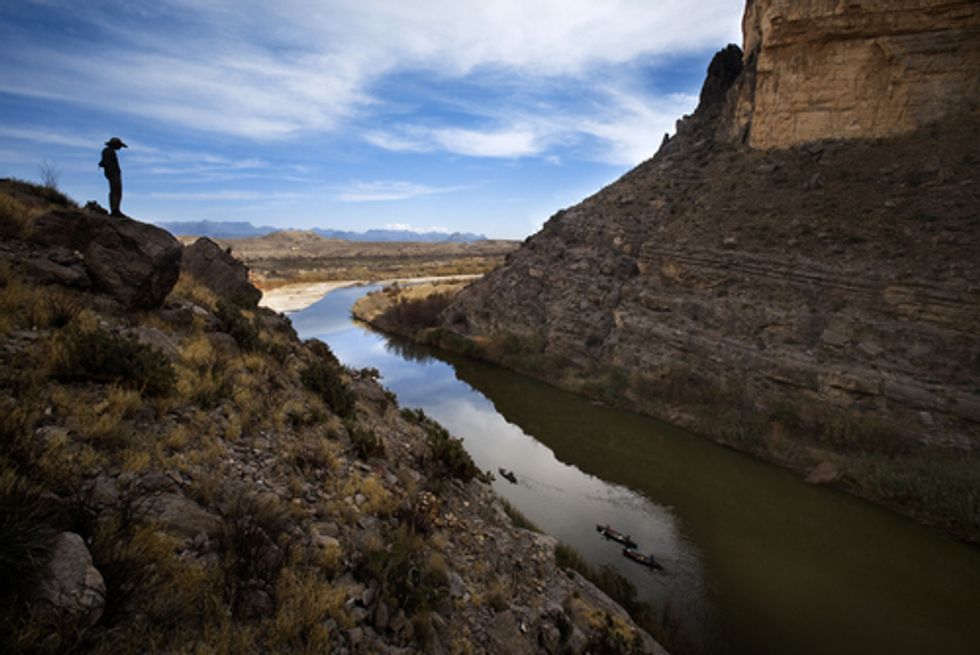 Good a time as any to indulge a little nostalgia for home.

Can the knee-jerk hostility to anything President Obama does get any worse? It's often fun to joke that Republicans would be against puppies and rainbows if Democrats were for it, but this comes awfully close to making that literal.

Responding to President Obama’s decision last week to protect a stretch of California’s Coast near Point Arena as a new national monument, the House of Representatives is planning to vote next week to overturn a 108 year-old law that presidents of both parties have used to protect iconic American places, including the Grand Canyon, the Statue of Liberty, and Arches National Park.

The bill, H.R. 1459, aims to block presidents from using the Antiquities Act of 1906 to establish new national monuments by putting caps on how many times it can be used, requiring congressional review of proposed monuments, and forcing local communities to engage in an ironic exercise of reviewing the environmental impacts of protecting lands for future generations.

It has the usual ass-covering aspects that conservatives usually toss out to hide their extremism. You can just hear the excuses. "We're not saying we're against national parks.  We just think they should be established more responsibly, blah blah blah."  But don't be fooled:

However, despite arguments from Bishop and Rep. Doc Hastings (R-WA) that Congress should hold exclusive power to decide whether or not to protect public lands, the House has effectively shut down all legislative efforts to protect wilderness, parks and monuments since the Tea Party takeover in 2010.

Until the passage of a bill to protect wilderness lands in the Sleeping Bear Dunes National Lakeshore last week, Congress had not protected a single new acre of public lands since 2009, the longest such drought since World War II. Adding injury to insult, Congress also forced a 16-day government shutdown last fall that cost national parks and local communities 8 million lost visitors and $414 million in lost visitor spending.

Indeed, as Matt Lee-Ashley at Think Progress explains, this is a "de facto" ban on creating more federal parks or protected lands, because it's a bill that would be passed to give the power to a congressional body that full well intends never to use it. This shouldn't actually be too surprising. Despite the way that conservatives tend to think of themselves as outdoorsy people, the hostility to the idea of collective ownership of anything is bound to trump the desire to see the preservation of America the Beautiful. Having grown up near one of the most important national parks---the Big Bend National Park---it truly breaks my heart to see this important piece of American culture crapped on like this.

The good news is this bill has no chance of passing the Senate or passing a White House veto. However, House Republicans had to have known that going in. Which means that they are supporting this odious bill for symbolic reasons, suggesting that they think taking a swipe at national parks is good politics. Or maybe it really is just that they hate Obama so much that if they catch him petting dogs, they feel obliged to start kicking dogs.