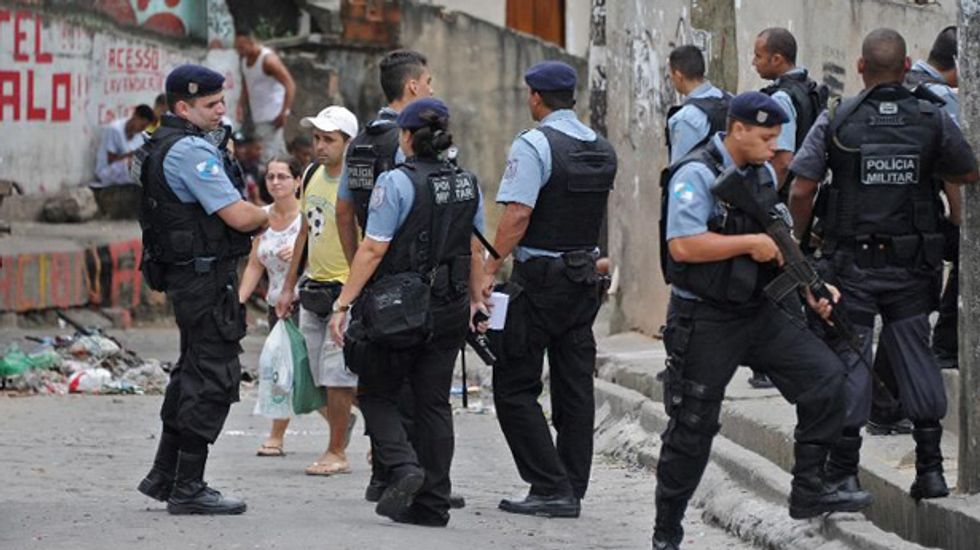 Brazilian police arrested Sunday a fugitive who was on the run for his alleged part in the separate killings of two policemen in the Rio slums.

Ramires Roberto da Silva, 20, was wanted in connection with the shooting deaths of the policemen in February and March and authorities had offered 3,000 reais ($1,300) for information leading to his arrest.

Rio police are cracking down on gangs in the leadup to the football World Cup, which kicks off on June 12. Rio hosts seven games, including the final.

Da Silva was the subject of several arrest warrants, including for armed robbery and murder.

Violence flared in Rio's Copacabana Beach tourist area on Tuesday after a dancer was found shot dead in a nearby slum, or favela, heightening fears about World Cup security.