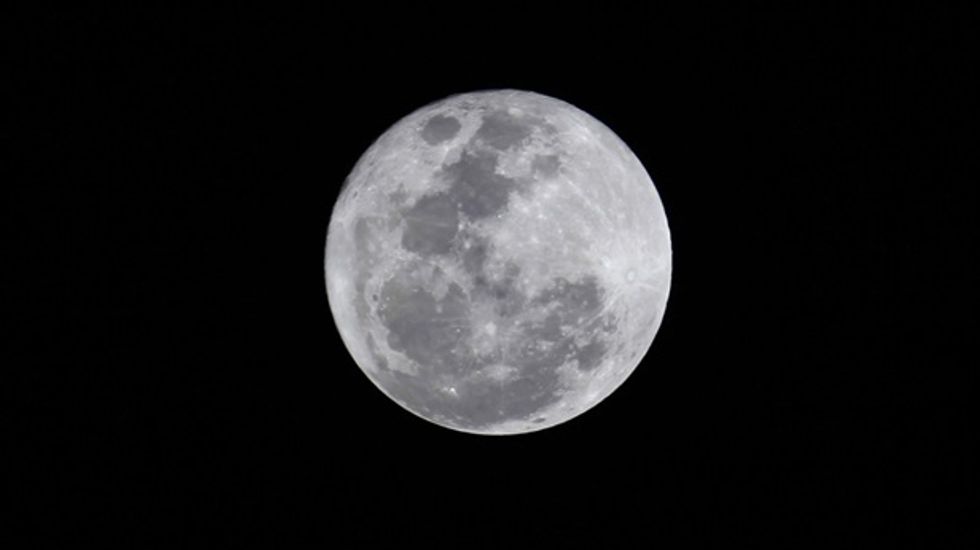 CAPE CANAVERAL, Florida (Reuters) - Earth's moon started forming up to 65 million years later than some previous estimates, according to a study released on Wednesday that uses a new way to calculate the birthday of the 4.47 billion-year-old planet's only natural satellite.

The mega-asteroid that smashed into Earth, launching debris that later became the moon, happened about 95 million years after the birth of the solar system, research in this week's issue of the journal Nature showed.

The finding disputes, with a 99.9 percent degree of accuracy, some previous estimates that the moon-forming impact occurred as early as 30 million to 40 million years after the solar system's formation, some 4.58 billion years ago.

The new study is based on 259 computer simulations of how the solar system evolved from a primordial disk of planetary embryos swirling around the sun. The programs simulate the crashes and mergers of the small bodies until they meld into the rocky planets that exist today.

By that geologic clock, Earth's last big chuck came from a Mars-sized body that hit about 95 million years after the solar system's formation, the study showed.

"We think that the thing that hit Earth and ended up forming the moon, the lion's share of it stayed on Earth. A small fraction of its mass and some material from Earth was pushed off into space to form the moon," astronomer John Chambers, with the Carnegie Institution for Science in Washington DC, said in an interview.

"That was probably the last big event," he added.

The previous assessment was based on measuring the naturally occurring radioactive decay of telltale atoms inside lunar rocks. The same process, however, also led to findings that the impact happened between 50 million and 100 million years after the solar system's formation.

"Our new method … is independent of radiometric techniques and so we break through the controversy," lead researcher Seth Jacobson, with Cote d'Azur Observatory in Nice, France, wrote in an email.

The results also open another even bigger mystery about why some planets, like Mars, form relatively quickly, while others, like Earth and possibly Venus, take far longer.

Analysis of Martian meteorites and the computer simulations indicate Mars was finished in just a few million years.

There are no known Venus meteorites, and spacecraft so far have not been dispatched to either Mars or Venus to collect samples.

"Discovering that the moon-forming impact occurred late is surprising … because we know from Martian meteorites that Mars formed relatively quickly. How this discrepancy arises is another big question for the future," Jacobson said.