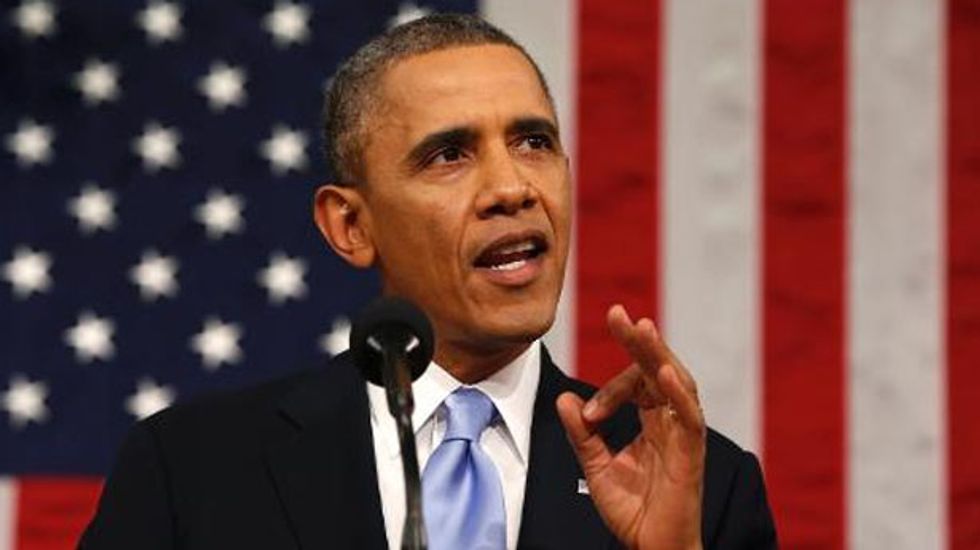 President Barack Obama mounted a vigorous effort on Thursday to show his signature healthcare law is working and dismissed Republican critics who are using flaws in Obamacare to campaign for ousting Democrats from the U.S. Congress in November.

Appearing in the White House briefing room days before leaving the national stage for a week-long trip to Asia, Obama used a news conference to make the case that the Affordable Care Act had mended nicely from its disastrous October rollout.

He announced that 8 million people had now signed up for health insurance and that 35 percent of enrollees through the federal marketplace are under the age of 35. For the healthcare law to succeed, young, healthy people must sign up and pay premiums to offset the healthcare costs for older Americans.

Obama's remarks reflected deep concerns at the White House that Republicans may be able to topple Democrats from control of the U.S. Senate in November elections and build on their majority in the House of Representatives. A Republican-run Congress would make legislative achievements in Obama's last two years in office difficult.

He said under the 2010 healthcare law, the share of Americans with insurance has grown, the growth of healthcare costs has slowed, hundreds of millions of Americans who already have insurance now enjoy new benefits and protections and no one with a pre-existing health condition can be denied coverage.

"Those days are over. And this thing is working," Obama said.

Experts said reaching the 8 million figure is positive for the healthcare law.

"The number of people who have signed up exceeds what anyone could have imagined last fall when the website problems emerged," said Larry Levitt, an expert in healthcare reform and vice-president at the Kaiser Family Foundation. "There should be little question that the law is working to cover millions of the uninsured, though enrollment will need to ramp up as expected in the coming years to achieve success."

Obama, whose job approval has dipped below 50 percent, a range that experts say could spell danger for Democrats in the elections, urged Republicans to give up their fight to repeal and replace the law.

He said he is willing to consider changes to the law to improve it, amid complaints that premiums are too high and that some people will not be able to keep their doctors despite Obama's previous promise. But he said to make changes would require an attitude adjustment from his Republican critics.

"I recognize that their party is going through, you know, the stages of grief, right? Anger and denial and all that stuff. And we're not at acceptance yet," Obama said.

Republicans stick to their criticism

Republicans, who have put themselves in a strong position for the November elections by hammering away at Obamacare, made clear they had no plans to change their strategy.

Republican leaders said Obama glossed over the problems with the law.

"The president may want to silence any further debate about Obamacare, but in doing so he betrays a lack of confidence in his own policies and scant regard for those most affected by the law," said Senate Republican leader Mitch McConnell.

Administration officials have previously talked about achieving a level of 38 percent of people in that age range to give insurers a strong mix of healthier members whose premium payments help offset the cost of older, sicker policyholders.

"I've said before this law won't solve all the problems in our healthcare system. We know we've got more work to do. But we now know for a fact that repealing the Affordable Care Act would increase the deficit, raise premiums for millions of Americans and take insurance away from millions more," Obama said.

A long-sought immigration reform deal seemed more elusive than ever after a phone call on Wednesday between Obama and the No. 2 House Republican, Eric Cantor, who said afterward Obama "still has not learned how to effectively work with Congress."

Obama said he had called Cantor to wish him a happy Passover and tell him there was bipartisan support for an immigration deal.

"I actually had a very pleasant conversation with Mr. Cantor," he said.