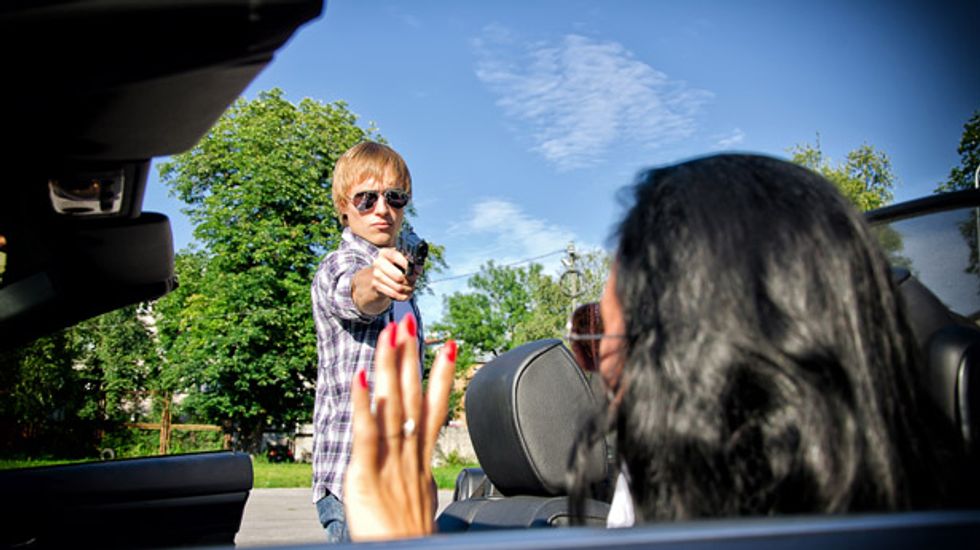 A website popular with the online Pick-up Artist community responded to Elliott Rodger's murderous Santa Barbara rampage, saying it could have been avoided if Rodger had 'game,' like they profess to possess, before concluding that "more people will die" unless society provides men with more "sexual options."

The Return of Kings article, written by 'Roosh,' goes to elaborate lengths to explain that the PUA-hate community that Rodger was a part of held him back from learning the "masculine" art of seduction - which they call "game" - and, combined with the "American media, the blogosphere, men’s rights activists, and progressive organizations like the Southern Poverty Law Center,"  Rodger was encouraged to hate and ultimately murder women.

"All these groups are complicit for creating a cultural environment that allowed this massacre to occur, " Roosh wrote. "It is them (sic) who must accept responsibility for these seven deaths and make the moral change to their ideologies in order to prevent such an act from happening again."

Stating that Rodger was "undoubtedly mentally unstable and required professional supervision," Roosh concludes from watching Rodger's YouTube videos that he displayed "an above-average intelligence and the propensity to connect with individuals in certain cases."

He adds, "I’ve personally interacted with men who functioned lower than him, but were later able to successfully meet average-looking women and achieve intimacy with them."

Roosh goes on to say, "We live in a society where being shy, normal, or a little awkward is duly punished by entitled American women who have been encouraged to pursue exciting and fun casual sex in their prime with sexy and hot men as a way of 'experimentation.'"

He then explains that when women have "passed their physical prime" they then select a "nice guy"  with whom to settle down, with the understanding that he is "expected to keep his mouth shut when a trickle flow of informational torture reveals that his bride-to-be has experienced more than a dozen different penises in her vagina, anus, and mouth—the same mouth that is supposed to kiss his future children good night."

Roosh points out that "beta men"  like Rodger are constrained by collegiate "anti-male"  rape codes, and  the American media which has maligned the "manosphere,"  where betas might learn "game" and therby improve their chances with desirable women.

He asserts that Rodger's  hatred of women was encouraged at PUAhate.com ".... where he was able to meet other virgins and mentally unstable men to provide him with comfort while encouraging his budding hatred not just against women for serving him rejections—something that pro-game advocates accept as normal—but also society as a whole for not giving him what he believed he deserved."

"If Rodger came to me, he would have been received actionable and effective advice, " Roosh explains. "He would have been exposed to material detailing how socially corrupt American society has become, and how being a beta male provider—his principal strategy in trying to get laid—is no longer useful in achieving intimacy with women who now see men as entertaining clowns that should provide them with excitement, drama, and tension."

Admitting that he was once "no different than Rodger,"  Roosh continued, "Seven people are dead because society has decided that shy and awkward men like Elliot Rodger do not deserve a girlfriend and that there is absolutely no way to improve his loneliness and loserdom through learning game or any other social behavior. At the same time men like him are ostracized, there is no legal means for him to solicit prostitution (in California) to release his biological and very pressing urge for fornication."

Roosh  recommends that society change its ways, warning: "More people will die unless you give men sexual options."

"Until you give men like Rodger a way to have sex, either by encouraging him to learn game, seek out a Thai wife, or engage in legalized prostitution—three things that the American media and cultural elite venomously attack, it’s inevitable for another massacre to occur. Even game itself, as useful as it is on a individual level, is a band-aid fix upon a culture which has stopped rewarding nice guys while encouraging female whoring to benefit only the top 10% of alpha males, all in the name of societal progress."