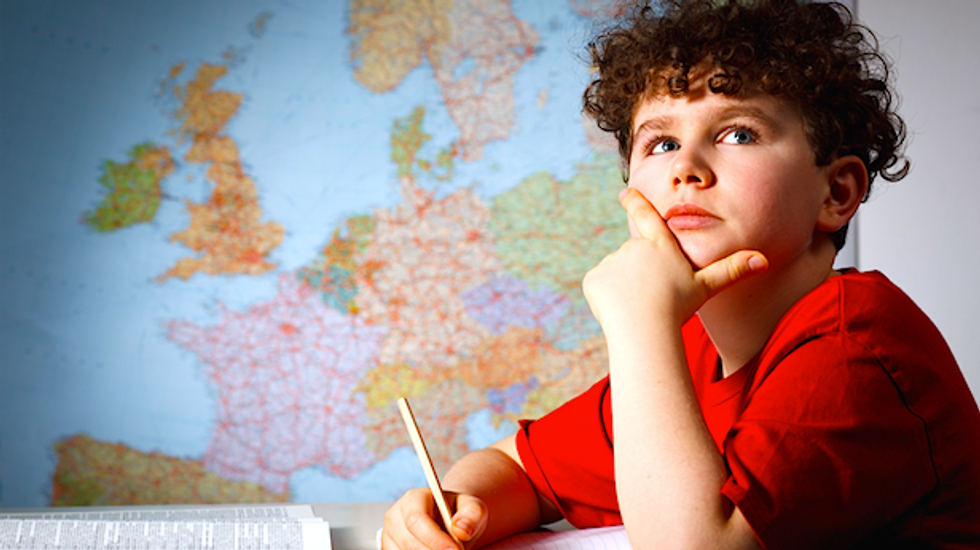 A southern California school district has agreed to revise an assignment that asked eighth-graders to debate in writing whether the Holocaust actually happened.

Middle-school students in the Rialto Unified School District were asked to research arguments made about the Holocaust and write an argumentative essay explaining whether they believe the Nazis, in fact, systematically killed 6 million European Jews between 1933 and 1945.

School officials initially defended the assignment, saying it was intended to teach teens to evaluate the quality of evidence made by opponents or advocates of a topic.

“When tragic events occur in history, there is often debate about their actual existence,” the assignment says. “For example, some people claim the Holocaust is not an actual historical event, but instead is a propaganda tool that was used for political and monetary gain.”

Students are required to cite textual evidence in the assignment and address rebuttals to the claims they make themselves.

“Explain whether or not you believe the Holocaust was an actual event in history, or merely a political scheme created to influence public emotion and gain,” the students are advised.

The Los Angeles-based Anti-Defamation League criticized the assignment, which was made last month, on Friday and expressed its concerns to Rialto Unified’s interim superintendent, Mohammad Z. Islam.

“An exercise asking students to question whether the Holocaust happened has no academic value,” said Matthew Friedman, associate regional director of the ADL’s Los Angeles office.

He said the assignment helps to legitimize “hateful and anti-Semitic promoters of Holocaust denial.”

“It is also very dangerous to ask junior high school students to question the reality of the Holocaust on their own, given the sheer volume of denial websites out there,” Friedman said.

He said it would have been better to show the voluminous evidence related to the Holocaust to question why some people still question its reality.

School officials said Monday evening that an academic team would meet to revise the assignment to remove references in future lesson plans to the Holocaust not having occurred.

The project was designed by the district’s teachers and assigned during the eighth grade’s unit on “The Diary of Anne Frank,” said district spokeswoman Syeda Jafri.

School board members said Common Core standards, which have been adopted by most states, emphasize critical thinking – just as the assignment was intended to teach.

“One of the most important responsibilities for educators is to develop critical thinking skills in students,” said school board member Joe Martinez. “This will allow a person to come to their own conclusion. Current events are part of the basis for measuring IQ. The Middle East, Israel, Palestine, and the Holocaust are on newscasts discussing current events. Teaching how to come to your own conclusion based on the facts, test your position, be able to articulate that position, then defend your belief with a lucid argument is essential to good citizenship.”

The district had received no complaints from teachers, administrators, or parents about the assignment, Jafri said.

But she said school officials had received death threats since media accounts were published about the assignment.