John Kerry to testify in June before House panel on Benghazi 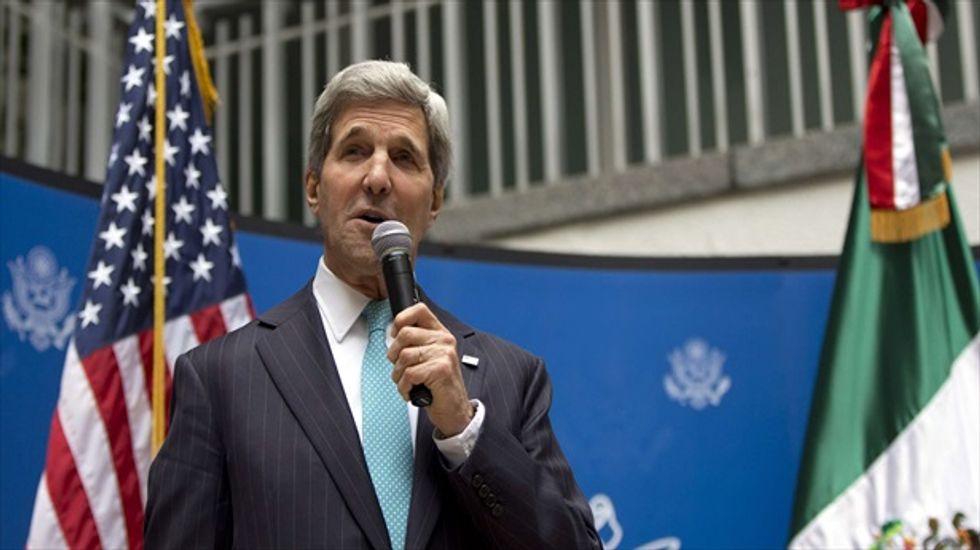 WASHINGTON (Reuters) - Secretary of State John Kerry has agreed to testify on June 12 before a House committee investigating the 2012 attack on the U.S. diplomatic compound in Benghazi, Libya, resolving a contentious dispute with Republicans in Congress.

Kerry had been subpoenaed to testify on May 29, but the State Department said prior commitments would prevent his appearance. Kerry offered two other dates and the House of Representatives Oversight Committee accepted his offer to appear on June 12.

In a letter to the committee, the State Department said if Kerry testifies before the Oversight panel, it should remove any need for him to appear before a House Select Committee that was formed recently to look into the Benghazi incident.

Four Americans, including U.S. Ambassador Christopher Stevens, were killed in the attack.

House Republicans have launched multiple investigations into the Obama administration's handling of diplomatic security in the run-up to the September 11, 2012, attack and the steps it took in the aftermath.

Republicans have accused the Obama administration of playing down the role of al Qaeda-linked militants in the assault.

They said admitting the militant group's role would have undermined the Obama administration's contention ahead of the November 2012 presidential election that it had the Islamist group on its heels.

Democrats say Republicans are pursuing the issue for political purposes, including keeping the spotlight on Hillary Clinton, Obama's secretary of state at the time of the Benghazi attack. Clinton, a Democrat, is weighing a 2016 run for president.

[Image: U.S. Secretary of State John Kerry speaks to U.S. embassy employees during a reception in Mexico City May 21, 2014. By Carolyn Kaster for Reuters/Pool]