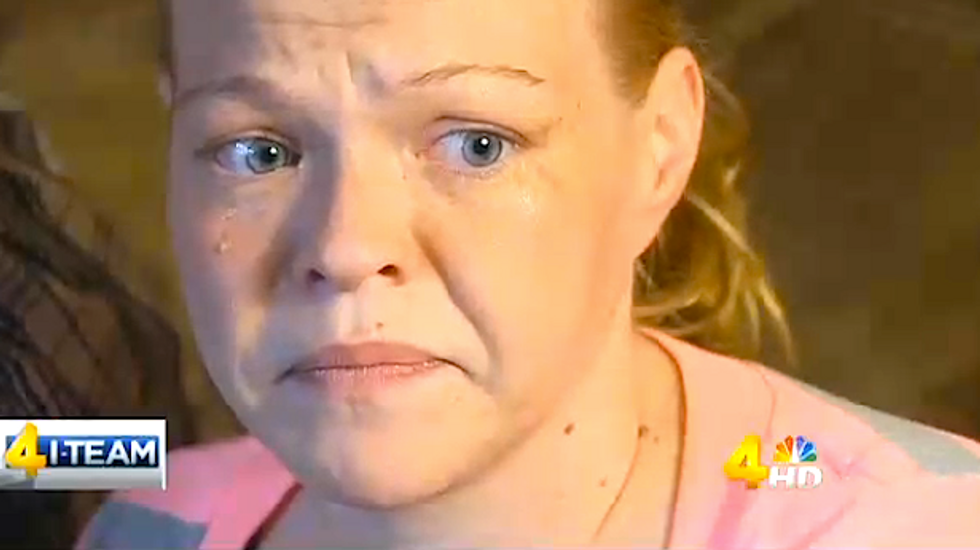 Two Kentucky families say a funeral director – who is also the elected county coroner – held the remains of their babies as collateral over unpaid funeral home bills.

One of the mothers, Brittany Jones, called 911 for help, saying Dorris Lamb refused to release her stillborn baby’s body for burial in another county, reported WSMV-TV.

“He said that I owe him money, but he hasn't done any -- provided any service,” Jones told dispatchers. “He hasn't planned the funeral. He wouldn't do anything until we come up with the money.”

Jones admits she doesn’t have the money to pay for the burial, but the owner of a Todd County funeral home offered to bury the stillborn child for free.

"I never thought someone would hold our baby just for money, and we just wanted to bury him and try to move on," Jones said.

She said Lamb, the Christian County coroner and owner of Lamb Funeral Home, insisted the couple pay the balance on his transportation costs.

Jones said she called 911 to force police intervention because time was running out to embalm their son so they could hold an open-casket funeral.

"What he is doing is borderline, one, unethical and almost illegal if he actually says, 'You're not receiving this body until I get paid,'” said Bob Arrington, a board member with the National Funeral Directors Association. “That is holding a body for ransom.”

But Lamb denied the couple’s claims, saying he agreed to release the baby’s remains the day after the parents requested and did not demand payment.

"When babies' families or adults are distraught, sometimes they hear things or think things that aren't necessarily true,” Lamb said. “This talking about monies, there was no monies involved at all on our behalf.”

He said ransom required a demand, and he says he only told the grieving parents they must pick up the body the following day.

But WSMV found similar claims filed against Lamb in the past.

Another mother who lost two babies within months said Lamb, a Democrat, demanded she pay the balance for his services before her family could see her son on the day of his visitation.

"I'm grateful that I did have money and a family to help me, because if I didn't, I would not have gotten to see my son," the woman told WSMV.

He said he declined to appeal the previous complaint to the Kentucky Board of Embalmers and Funeral Directors.

A 2007 complaint alleged that Lamb kept thousands of dollars from a prearranged funeral account, and the Kentucky Attorney General’s office asked him to pay the family more than $4,000 they said he kept.

Regulators in Tennessee said the following year that Lamb had violated procedures for burial transit permits, and the Kentucky board described his conduct as “unprofessional.”