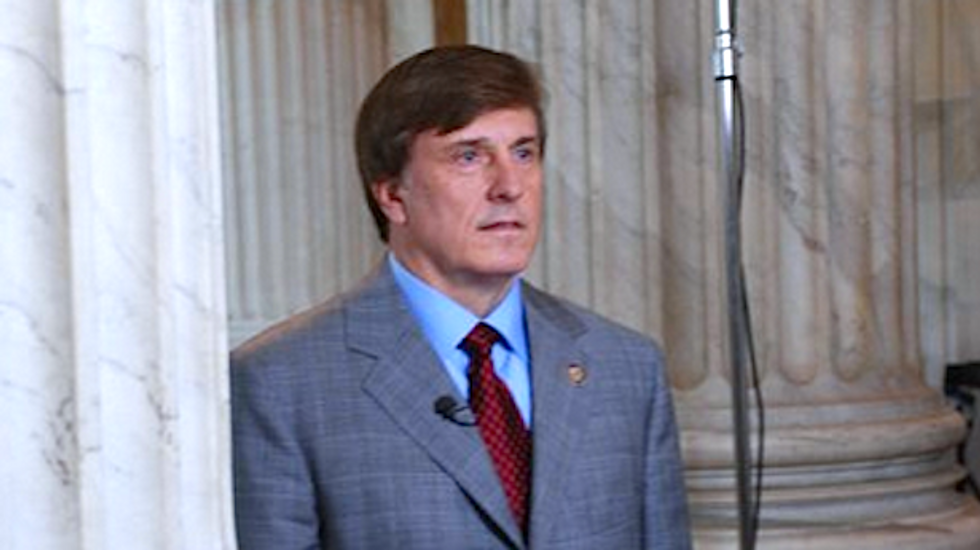 A Louisiana Republican agreed with a talk show caller that President Barack Obama was “killing veterans” for political reasons and would do the same to American families through the Affordable Care Act.

Rep. John Fleming (R-LA) appeared Monday on KEEL-AM to discuss the growing controversy over the deaths of at least 40 veterans as they awaited care at an Arizona facility, when a self-described veteran called in.

“I’m a veteran and that’s just unbelievable,” the caller said. “[Obama] has just pillaged veterans, and the veterans some of them are standing up saying, ‘I like the guy,’ but he is killing them. He is killing them, (and) he doesn’t even know it.”

“Well, again, that’s true,” the lawmaker said. “That’s the reason why our Founding Fathers created a government that was a tripartite one in which there are checks and balances. But right now it’s not functioning that way.”

“You just have a president that goes out willy nilly ad-libing it all the time, doing things to really appeal to his base, for political purposes and all of these unintended consequences all of these people who are being injured and damaged as a result of it, this is real lives that are being hurt by this president who’s main interest is just to promote his agenda and his political aims,” Fleming added.

The host noted a recent report by the station about the veterans’ deaths and said that many Americans believe former service members did not receive proper care, and he said “this could be the new system.”

“This is the type of thing you would see from Obamacare, a centralized system that when you have the president making all of the decisions, whose motivations may not be necessarily the best at all times,” Fleming said.