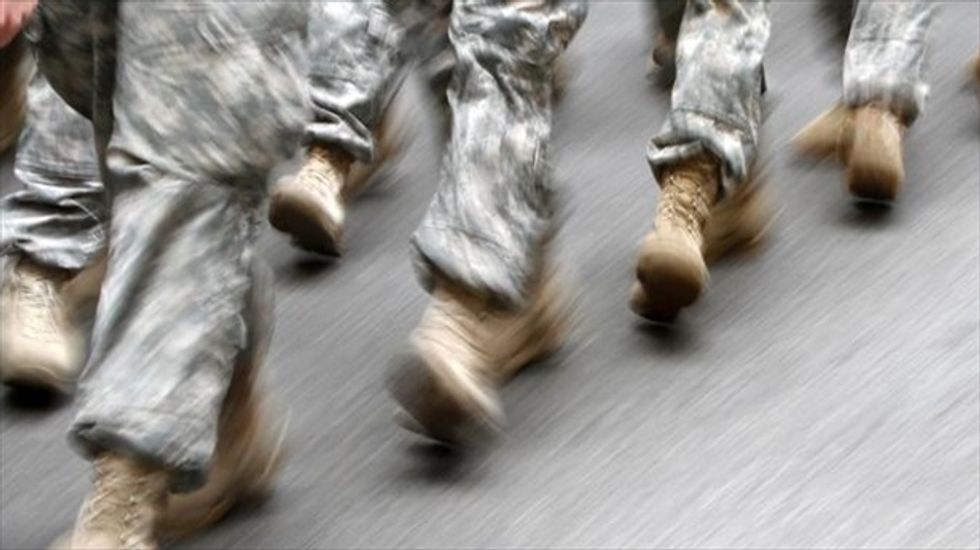 By David Alexander and Patricia Zengerle

WASHINGTON (Reuters) - Reported sexual assaults in the U.S. military jumped 50 percent last year, the Pentagon said on Thursday, and officials welcomed the spike as a sign that a high-level crackdown has made victims more confident their attackers will be prosecuted.

Defense Secretary Chuck Hagel said the jump in reported sexual assaults to 5,061 in the 2013 fiscal year from 3,374 the previous year, was "unprecedented."

He announced six new directives to expand the fight, including an alcohol policy review and an effort to encourage reporting by male victims. Men are thought to represent about half of the victims of military sexual assault but made up only 14 percent of the reports that were investigated.

"We believe victims are growing more confident in our system," Hagel told a Pentagon news conference. "Because these crimes are underreported, we took steps to increase reporting and that's what we're seeing."

Despite increased focus on the issue over the past year, the military has continued to face embarrassing incidents in which officers have been accused of tolerating sexual misconduct and even encouraging it, rather than fighting the problem.

Critics said the Pentagon's numbers on increased reporting demonstrated little improvement in the proportion of cases going to trial or the percentage of convictions.

A total 484 cases went to trial in the 2013 fiscal year that ended on September 30 and 370 people were convicted of an offense, the report said. That compared with 302 trials the previous year and 238 convictions.

"You can't tell me that only one in 10 cases are worthy of going to trial. That's like saying 90 percent of those who come forward are lying," Representative Jackie Speier, a California Democrat, told Reuters in an interview.

Speier and Senator Kirsten Gillibrand, a New York Democrat, have led a push to remove prosecution of sex crimes from the military chain of command and put it in the hands of specialized prosecutors. The effort was narrowly defeated earlier this year, but Thursday's report revived calls for its consideration.

"Today's report is deeply troubling and shows the scourge of sexual assaults has not been brought under control and our current military justice system remains broken," Gillibrand said in a statement.

Other lawmakers saw progress. Senator Claire McCaskill, who worked on legislation to develop a more forceful military response to the problem, said the increased reporting was encouraging.

"We know that the majority of survivors, both military and civilian, choose not to report their assaults," the Missouri Democrat, a former sex crimes prosecutor, said in a statement. "This data suggests that the number of brave men and women in uniform choosing to pursue justice is increasing."

Sexual assault is vastly underreported, and a separate military survey conducted in 2012 concluded there were some 26,000 sex crimes in the military that year, from rape to abusive sexual contact.

The survey is conducted every two years, so there was no survey with the annual report this year to use as a basis for projecting total sex crimes in the services.

The figures last year provoked outrage and led to a broad effort across the military to crack down on sex crimes and sexual misbehavior. But despite the push, a number of high-profile officers are being investigated for their actions.

The Navy said last week it was investigating allegations of misconduct by Captain Gregory McWherter, the former commander of the Blue Angels precision flight squadron. He was accused of allowing and sometimes encouraging "lewd speech, inappropriate comments, and sexually explicit humor," the Navy said.

Major General Michael Harrison also was recently disciplined for failing to take appropriate action in response to sexual assault allegations while commander of U.S. Army forces in Japan. He had been suspended from the post last June when the allegations were made.

Army General Martin Dempsey, the highest-ranking military officer, told defense bloggers earlier this month that the department had a limited window of opportunity to demonstrate it could deal with the sexual assault problem.

"If it occurs that after a period of very intense and renewed emphasis on this that we can't solve it, I'm not going to fight it being taken away from us," the military's press service quoted him as saying.