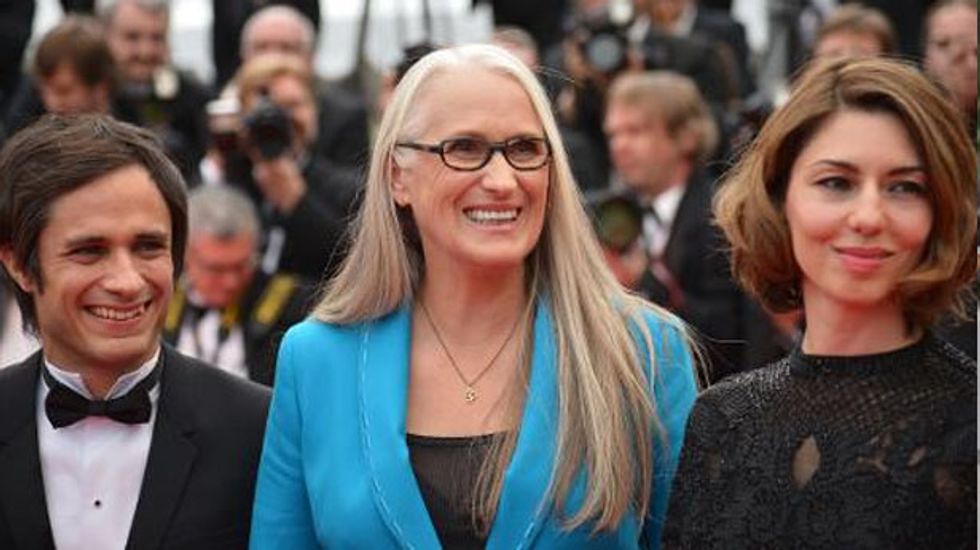 Cannes jury head Jane Campion -- the only woman ever to win the festival's top prize -- has blamed the lack of female movie makers on "inherent sexism" in an industry increasingly under fire for the paucity of women in its top ranks.

"I think you would have to say that there's some inherent sexism in the industry," the New Zealand screenwriter and director told reporters on the first day of the Cannes Film Festival on Wednesday.

"It does feel very undemocratic and women do notice. Time and time again we don't get our share of representation," she said, adding that men seemed to "eat all the cake".

French-American actress and director Julie Delpy put it another way, joking in an interview with entertainment magazine Variety earlier this year that studios just wanted "a guy in a baseball cap who will finish the movie even if their family dies".

Campion, whose New Zealand-set movie "The Piano" about a mute pianist and her daughter won the Palme d'Or in 1993, is also one of only four women filmmakers ever to have been nominated for a best director Oscar.

Another of the four, Sofia Coppola, nominated in 2003 for "Lost in Translation", is also on this year's Cannes jury.

She said there were so few women working in movies today that it tended to come as a surprise to the world when a woman filmmaker did come along with "a more feminine vision".

Her latest work, the television mini-series "Top of the Lake" about a woman detective who returns to her home town and finds herself investigating a child abuse case, was a hit with audiences and also won a string of awards.

Martha Lauzen, of the US's Centre for the Study of Women in Television and Film, told AFP that despite lots of talking the problem of lack of women behind the camera was getting worse not better.

"There has been an active and substantial dialogue on the issue at grassroots level for more than a decade but there has been a profound lack of leadership on women's under-employment among the film studio heads and union leaders," she said.

Research by the centre, at San Diego University in California, has showed that women made up just six percent of directors working on the top 250 grossing US films last year, down from nine percent in 1998.

She said the idea that women chose lower-key projects because they were not interested in working on blockbuster movies was nonsense.

"There may be some women filmmakers, just as there are men filmmakers, who are not interested in working on these high-profile often career-making features.

"But plenty of women directors have gone on the record in interviews as saying that they would like to have these opportunities but that they are not available to them," she said.

The 18 films competing for this year's Palme d'Or include only two by women directors -- Japan's Naomi Kawase ("Still the Water") and Italy's Alice Rohrwacher ("The Wonders").

Last year there was one, while in 2012 there was not a single film made by a woman and only seven percent of the 1,700-odd films submitted to Cannes this year were by women.

Festival organisers say they recognise the problem but that doing anything other than selecting on merit would be an insult to the very people they were trying to help.

But he added that it was not a battle he could "wage as a Cannes selector".