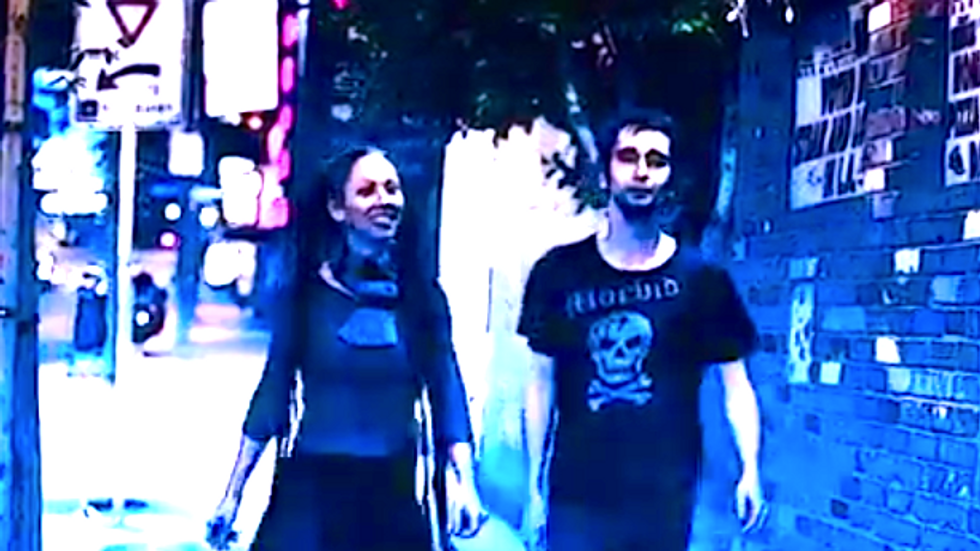 A California couple has spent the last month jailed in Tennessee after they were stopped for a car registration violation.

Dustin Rosondich and Xylie Eshleman refused to provide identification May 13 to police, sign the citation, or get out of their vehicle, and they said police profiled them as anti-government “sovereign citizens.”

They were pulled over after police spotted them driving without a state-issued license plate, which Eshleman had attempted to replace with a piece of paper that said, “Non Resident 6-55-502. Privilege tax on nonresidents prohibited. Lienholder (my chattel).”

The couple had come to Tennessee, where land is cheaper, to build a natural – or cob – house using soil, straw, and fiber.

“Cob is where you put pieces of trees, you cut them up with a chainsaw, and it looks really cute,” Eshleman told the Jackson Sun in an interview. “It’s just a natural building.”

Rosondich denied May 22 in court that he had identified himself as a “free citizen,” as police claimed, and Eshleman said they would never use that term or sovereign citizen to describe themselves – because they’re not citizens.

“What we are, is we’re Americans,” Eshleman said. “What we did, is we did Expatriation Act of 1868 ... What we did is we took our citizenship and we got rid of it. We’re expatriated from the United States.”

Police arrested the pair because they refused to sign the citation, and they remain jailed on $10,000 bond.

“There are citizens of the U-dot-S-dot that hold constitutional rights under the 14th Amendment of the Constitution of the United States,” he said. “This country was based on sovereignty, and today if you say the word ‘sovereign,’ you’re looked at as a terrorist or something. It’s funny. It’s actually a dichotomy.”

The sovereign citizen movement is loosely organized, and adherents hold a wide variety of ideas learned at seminars, found online, or concocted on their own.

Many of the movement’s pioneers were white supremacists, and the movement remains overwhelmingly white, but a growing number of black adherents have declared themselves unbound by U.S. laws.

Government agencies complained that sovereign citizens file nuisance documents to get out of paying taxes or accepting other legal responsibilities, although some adherents have committed acts of violence.

“I’m even a vegetarian,” Rosondich said. “I wouldn’t even kill an animal to eat. I don’t have any criminal record ... I choose love. I choose life, liberty, the pursuit of happiness under God.”

Rosondich claims he’s spoken to the Tennessee secretary of state, whom he said assured him the right to claim his natural rights as a human being under common law.

Eshleman, who said she had hoped to become a lawyer and studied case law for years, said there were “two laws of the land.”

“The legislature calls one superior and one inferior,” she said. “The laws that these police officers are trying to uphold are laws that were coming after 1868 with the United States. If you think about it, the Constitution is upholding common law, and if you understand law, the laws in the Constitution are absolutely common law. Common law is God’s law. We were on a religious pilgrimage to uphold in our own life, to uphold common law.”

Common law does not require registration to drive, Eshleman said.

“A right cannot be turned into a privilege by the state,” she said. “Then all of the sudden you have a privilege tax. A privilege tax is license to drive, registration and a title for the car. Those are privileges. Why are those privileges? Because they’re commerce … it’s our right to travel. It’s our absolute right.”

The couple, who perform music together, hope to undertake a music tour when they get out of jail, and Rosondich hopes to move back to Costa Rica, where he previously lived for two years.

“They don’t treat people like this,” he said. “It’s beautiful. The food grows on the trees, and it’s peaceful. The police officers are there to help.”

Watch this video of the couple's song posted online by XylieOfficial: